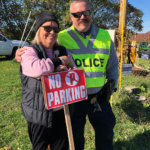 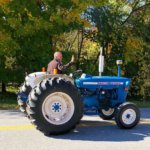 “There are a lot of heartwarming stories that go with the tractor parade,” is what Carrie Spear said in reflecting on this, the 18th year of the event, held in East Charlotte this past Sunday.

“When the whole team came together on Saturday it was like a wedding; we’re the parade family, all working together behind the scenes,” she said, in describing the parts of the event she loves the most. “It’s remarkable, the dedication of people like Heather Manning, who puts on the luncheon for all the participants in Dave Nichols’ hanger … the camaraderie that’s down there is just a beautiful sight.”

According to Spear this year was the second largest in terms of tractor participation. “There were 165 tractors in 2010. That was our 10th anniversary and it fell on 10/10,” she said. This year 136 tractors and their owners drove the streets for the many hundreds of spectators.

Eighteen years ago Spear had just purchased the store at Baptist Corners when local farmer Joe Bean drove up on his tractor one day. “I asked him … do you want to have a tractor parade? And he responded, ‘Not with that tractor,’ which wasn’t a no!” Spear says. And why a parade? “I knew we were going to be here in East Charlotte for a while, so I thought we should have something fun happening here,” she said.

Bean and Charlotte Congregational Church pastor Kevin Goldenbogen were the Grand Marshals of the parade this year. As Spear tells it, Rev. Goldenbogen didn’t want to do the honors by himself and asked Carrie to find someone he could partner with. “There aren’t a lot of old farmers left to draw from,” she said, “and Bean was the obvious choice.”

How did Spear feel the day after the big event? “Well, we’re all 18 years older now,” she said, “but I feel great. I’m immensely grateful for everyone who makes this event what it is.”

Charlotter Tom Tiller has one of those heartwarming stories Carrie Spear speaks of….

Community…family and a cool tractor
By Tom Tiller 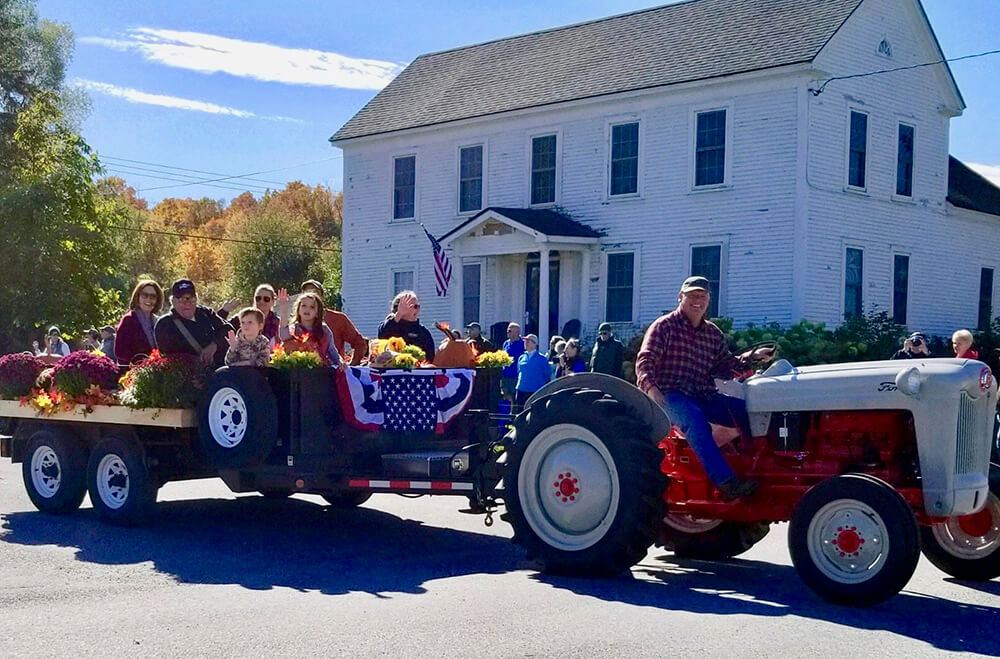 Last year our family, including my then 78-year-old dad, went to the Charlotte Tractor Parade. We had an awesome time watching and decided that in the coming year we would not just watch, but participate. We have a special tractor that has been in our family for 45 years. It’s a 1953 Ford Jubilee, which was a model Ford made to mark the 50th anniversary of tractor production. As a kid, I used the tractor in my first business, a firewood business. For the next 40 years my dad used it at his camp in Montgomery for brush hogging, pulling logs, and taking his grandchildren on tractor rides. We have a ton of great family memories tied to this machine.

The tractor was in very rough shape a year ago, but, thanks to the efforts of Kasey Kilburn, Chuck Farr and Giroux’s Body Shop, it was brought back to life for its 65th birthday. This past Sunday it hauled our family and Kasey’s down Spear Street on a brilliant Vermont fall day. We all were grinning from ear to ear.