Good news in our natural world

Good news in our natural world 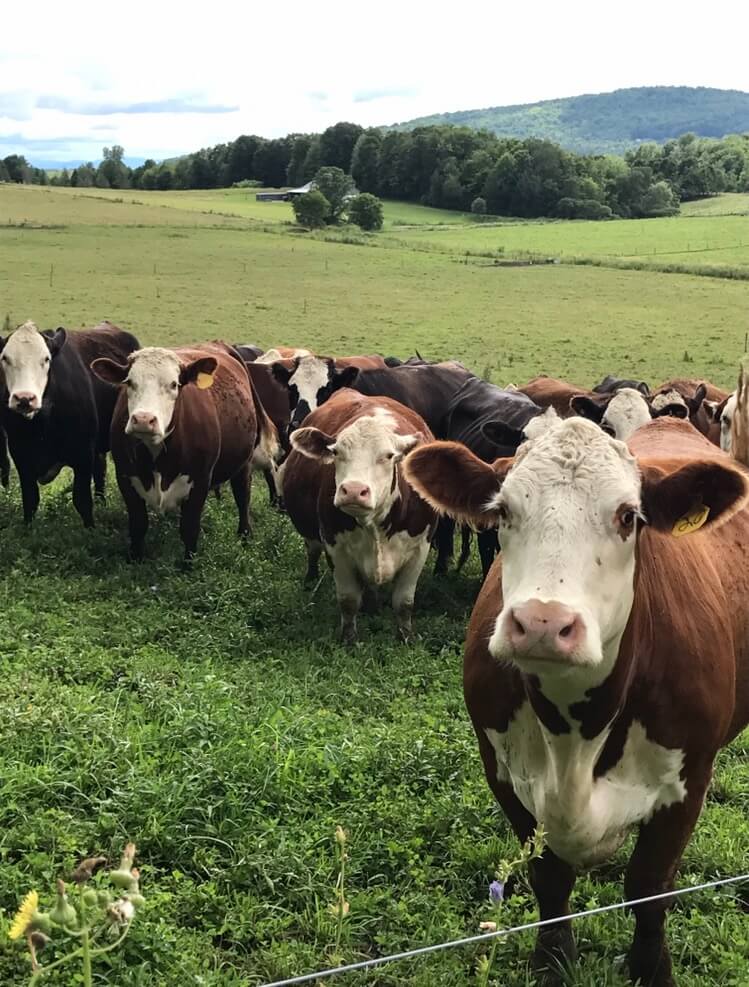 There is some good news betwixt and between the grim tales of drought, wildfires, starvation and war that populate our media. Good news right here in Vermont. Listen up!

Bats!
At a bat monitoring workshop at Rokeby Museum in late June there were bats! Lots of bats! Participants stared at historic buildings—a granary, tool shed, slaughterhouse—waiting for bats to emerge at dusk. And emerge they did! We swatted mosquitoes and squinted at eaves and clapboards of old buildings and the bat houses attached to them. The bats plummeted toward the ground before catching flight and flitting into the darkening sky. In short order scores of bats emerged to begin their nightly insect feast. Researchers estimate a 90 percent bat fatality rate in Vermont from the fungal disease White Nose Syndrome, yet there are pockets of surviving bats in Chittenden and Addison Counties. It was comforting to watch these mosquito-eating mammals swarm in the evening sky.

Gleaning
Salvation Farms, a Morrisville-based nonprofit, gleans fresh fruit and vegetables across northern Vermont that would otherwise go to waste. In addition to the loss of edible food in a state where tens of thousands are food insecure or hungry, rotting food also contributes carbon dioxide to the atmosphere. Worldwide about one-third of food produced is squandered at some point along its journey from garden to compost or landfill. Salvation Farms estimates that Vermont loses up to 14.3 million pounds of food annually.

Of these 14.3 million pounds, 32 percent is unpicked although still edible, nearly half of that because of blemishes and the balance due to labor shortages or market saturation, and 68 percent is harvested but neither sold nor donated. Gleaning operations in Vermont currently capture less than 5 percent of these 14.3 million pounds. Working with a range of partners Salvation Farms endeavors to increase the capture of these edibles and distribute them into the charitable food network and in sales to nonprofits like the Charlotte Senior Center. There is also a workforce-development component to Salvation Farm’s work as they train hard-to-place individuals, like former prisoners, for jobs in the food service industry.

Consider just one health consequence of this food loss: The amount of fiber in the 13 million-plus pounds of vegetables and more than a half-million pounds of berries that are lost in Vermont each year is equivalent to the gap between actual and recommended fiber consumption for 36,000 adult American women.

Grass-fed cattle (and more)
During the week of July 4 Charlotte’s roads flashed red: signs identified the significant acreage conserved through the Charlotte and Vermont Land Trusts.

Both farms utilize “mob grazing,” a herd management technique that improves not only the product—beef—but also the land on which the cattle graze. This managed-grazing technique mimics the pattern of migrating herds in the wild: The animals are herded together for protection against predators, they munch the tops of annuals and perennials without damaging the plant or its roots, and they disturb the soil with their hooves, facilitating the mixing of their urine and feces into the soil. Herds are moved to fresh pasture several times each day. The land has a chance to fully recover before the cattle return months later.

How does this grazing technique improve the land? It avoids overgrazing and allows pastures to recover between visits by the herd, soil fertility and structure are improved by the addition of manure and urine (no fertilizer needed) and the action of hooves, and healthier plants grow longer, stronger roots to absorb more minerals and water from the soil. Robust plants can sequester more carbon, taking CO2 from the atmosphere (creating sugar via photosynthesis) and storing carbon in their roots. Healthier soil and plants with robust roots resist erosion and retain more water after rainfalls.

Have you tasted this meat? Beef from both Philo Ridge and Steve Schubart’s Grass Cattle Company is tender and delicious. And good for the health of our neighborhood!

Enjoy the good things this summer!