Young Charlotters is a column in which we will profile the lives of young men and women who spent some of their growing-up years in Charlotte. Our summer interns, Morgan Magoon and Jackie Flynn, will be sharing stories of Charlotters in their 20s and 30s and the good works they are engaged in out in the world now. If you have a suggestion, a son or daughter whose story we could share, please email us at [email protected]


At 19 years old, young Charlotter Jordan Cannon is already on her third trip to Turkey. She is there on a fellowship with the American Research Institute, based out of Boğaziçi University in Istanbul. Jordan is with 12 other Americans studying the Turkish language and becoming fully immersed in the local culture. 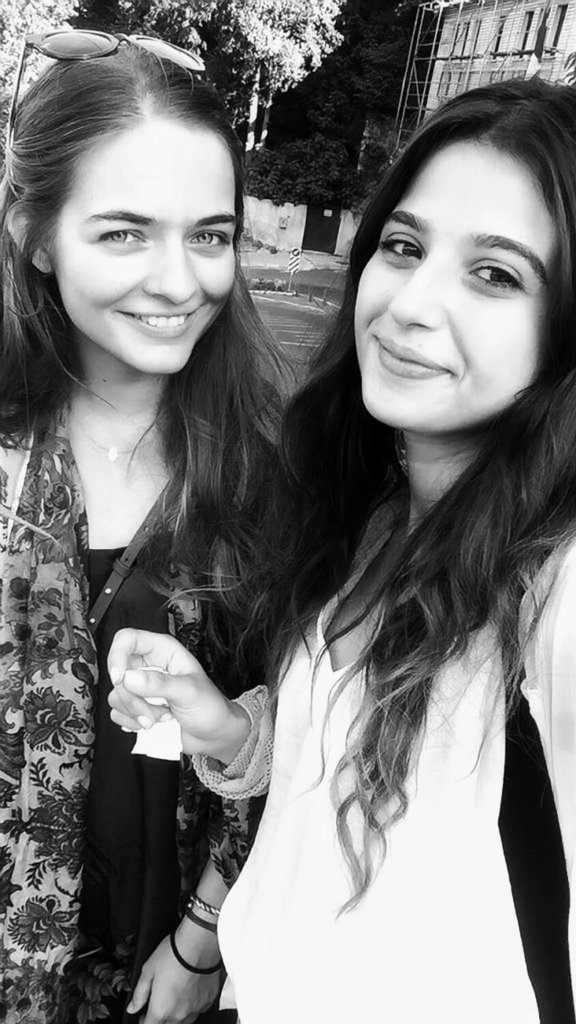 Cannon grew up in Charlotte and graduated from Vermont Commons and now is working on a double major in history and Middle Eastern studies at Columbia University. But her interest in Turkish started about four years ago, in high school.

“I started learning Turkish in 2014 when I got a scholarship from the state department that sent me to Ankara for two months,” said Cannon. After that first trip, she was hooked. But it wasn’t until she got to Columbia University that she could continue working on her Turkish.

Although she is still studying for her undergraduate degree, Cannon is currently among professors, master’s students and researchers in her program but doesn’t seem phased by her older colleagues. “I definitely feel comfortable with everyday things in Turkish, especially since I’ve lived with host families twice now,” Cannon said.

During her first two trips to Ankara, Cannon stayed with the same host family, who had two daughters close to her age. “It was nice because it was like I had two Turkish sisters. I stayed with them again last summer, unofficially, but a lot had changed over three years.”

Her voice was filled with excitement as she described the buzz of the city and the differences between Ankara and Istanbul. Having been in Istanbul for only a few days, she said she still has a lot to learn about the city, but one of her favorite things so far has been all the cats that roam about her campus and come into the classrooms and greet her in the hallway.

Cannon will be on this fellowship until August but already has plans to return to Turkey for a fourth time. She intends to return next year during the second semester to continue her studies. “I love it here and love the people. It really does feel like home,” she said.

But it isn’t actually anything in Turkey that keeps Cannon going back. “Actually I have to say it’s my Turkish professor at Columbia that has been really great,” she explained. “I think it was those moments drinking tea and reading Turkish literature that make me love studying the language and keep me wanting to return to this place.”


Nate McChesney didn’t always live in Charlotte, but he is glad that he moved here when he was about seven years old.

Nate has fond childhood memories of going to Uncle Sam’s to get ice cream, especially the tradition of walking there with his friends on the last day of school. He loved being outside and participating in outdoor activities when he was younger. “Of course, I loved hanging out by the lake and watching the sunset over the water. I also enjoyed rollerblading at the old train station. In my high school years, I loved playing hockey at the CCS ice rink, especially at night with the lights on.”

Nate’s older brother, Sam, goes to Sierra Nevada College in Lake Tahoe, and his younger sister, Coco, will be in eighth grade at CCS this year.

Skiing has been a big part of Nate’s life. He’s grateful that there was a ski-and-ride program at CCS; he always had a great time skiing at Bolton at night with his friends. He and his family had a condo in Stowe, and over the years he learned every inch of that mountain. It was his love of skiing and the mountains that drew him to Montana, where he’s now a rising junior at Montana State University in Bozeman, studying mechanical engineering.

“The engineering program is great because it provides all the opportunities and connections any student needs to be successful after graduation,” he says. “Basically if you can make it through, you’ll get a job. But that’s can be a pretty big ‘if’ for a lot of people.”

Nate doesn’t have a specific “dream job” for himself, post-graduation, but he is looking forward to learning more about engineering outside of the college setting.

Nate loves living in Montana. “I really love how big Montana is,” he said. “It’s very similar to Vermont in terms of people and activities, and Bozeman is a lot like Burlington. However, everything is on a larger scale: big sky, big mountains, big rivers, expansive landscape.”

Nate’s appreciation of Montana has made him realize how much he loves Charlotte. “Growing up in Charlotte was great; I’m very lucky to have had the opportunity to live in such beautiful place with the mountains and the lake. While I’ve been loving my time in Montana, I would not be surprised to find myself living back in Vermont in the future because of all the great people, the beautiful landscape and the towns like Charlotte.”

“I’m definitely biased because I grew up here, but Charlotte is hands-down one of the most beautiful places I’ve ever been,” says Bill Pinney. “Whether in the fields, on the lake, or in the forests there is so much nature to see and explore”

It’s clear that Bill enjoys the outdoors. His favorite place in Charlotte is the woods that surround his house, where he so often played as a child. These days Bill enjoys hiking and biking when he’s at home. 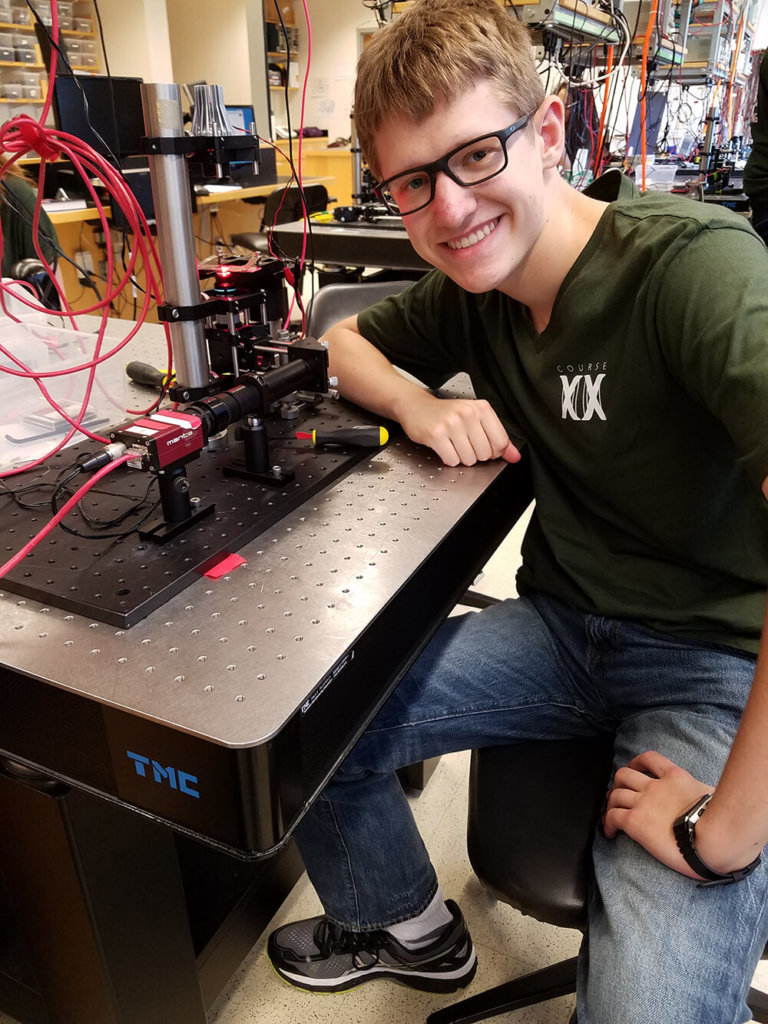 Bill’s dad, William Pinney, is a ferry captain and his mom, Debbie Pinney, owns Lake View Accounting. Bill also has a sister, Johanna, who works as an art conservation technician in Kansas City.

Another reason Bill loves Charlotte is the sense of  community one finds here. “I think the small town perspective is something that has been very important to my life. I grew up in a very tight-knit community where being a good neighbor, and indeed, a good person, really mattered.”

Bill attended Champlain Valley Union High School. He was the class president during his senior year and a member of the rowing team.

Recently Bill was involved in helping to run an “escape the room” group in Massachusetts. The group, called Next Haunt, builds a haunted house every year; people go in as groups of six and have 30 minutes to solve all the puzzles inside in order to escape. This summer Bill is interning with a cancer immunology startup called Torque Therapeutics.

Bill just finished his sophomore year at the Massachusetts Institute of Technology where he is majoring in bioengineering. At school, Bill works for the Lodish Lab of the Whitehead Institute for Biomedical Research and for the Ploegh Lab of Boston Children’s Hospital/Harvard Medical School. After he graduates, he plans to attend graduate school and then get a job in which he will be involved in developing the next generation of medical treatments.