Congratulations to Elizabeth Aube Kozachek and her husband, Joe, who celebrated their first wedding anniversary on June 17. Elizabeth is the daughter of Patti and Mark Aube of Charlotte.

Congratulations to Jada Bean who, as a member of the Vermont Youth Dancers, performed  “Castle on the Hill, a Tale of King Arthur” at the Spruce Peak Performing Arts Center in Stowe last Friday. The dancers are based in Jericho and, according to a Free Press article on June 15, perform to a unique blend of hip-hop music. Through proceeds from its performance, VYD is working in conjunction with King Arthur Flour, Co. to raise money for Hunger Free Vermont.

Sympathy to family and friends of Alan Curtis of Colchester who passed away June 10 at the age of 92. One of his three daughters, Dale Dalton, is a resident of Charlotte.

Sympathy to family and friends of Edward J. McGarghan, Jr. who passed away June 18 at the age of 83. His surviving family includes son Kevin and Kevin’s wife, Sarah, of Charlotte.

Sympathy to family and friends of John L. Williams of South Burlington who passed away June 22 at the age of 83. John was a long-time member of the Charlotte-Shelburne-Hinesburg Rotary. His surviving family includes his second wife Linda’s daughter, Jill Spell, and her husband, Adam, of Charlotte. The family asks that those wishing to make donations in his memory consider giving to the Berta Pi-Sunyer Williams Endowed Professorship at the University of Vermont or to VNA Hospice and Palliative Care. 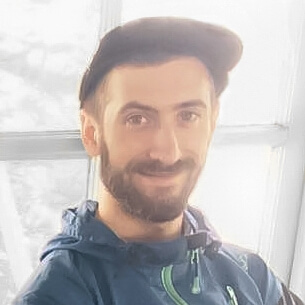 Charlotte’s Matt Sulva has produced a podcast, “Beyond Blueprint,” that is now available online and for downloading on iPhones using Apple’s podcast app. Matt has been working with two of his 2009 CVU classmates, Tyler Hawkins and John Moses to put it together. Tyler designed the podcast’s logo and website. John, through his Los Angeles-based record label, Youngbloods, is providing the music that accompanies several episodes

Matt says the mission of “Beyond Blueprint” is to produce a series of episodes in which he introduces a “central philosophical thought or claim, with a goal of understanding, clarifying, and expanding on that central thought by delving into unique stories and individuals in history. In turn, by navigating through this process, we take time to understand how what we’ve learned can give us meaningful perspective into areas of our own lives today, through our own experiences.”

Matt plans to release hour-long episodes once every two months.