The court to hold hearing on possible sanctions in June
On Monday, April 2, Superior Judge Thomas S. Durkin of the Vermont Environmental Court held that the Old Lantern Barn and property continues to qualify as a legal pre-existing non-conforming use as an event facility.

The court’s decision upheld the action of both Charlotte’s zoning administrator and Zoning Board of Adjustment in denying an appeal by Alison and Adrian Wolverton and other neighbors of the Old Lantern that the facility was operating in violation of applicable town zoning regulations and should be required to secure applicable zoning approvals for its continued operation.

In dismissing the Wolvertons’ complaint, the court asked and answered three specific questions:

Second, “Is the Old Lantern Barn now or had it ever been operated in the past as a restaurant, so as to cause it to lose its grandfathered status?” The court concluded that “there was no evidence presented at trial that the Old Lantern Barn had been converted to a restaurant. The Regulations define a restaurant as an ‘establishment of which the primary function is to serve food and beverages to the public . . . on premises.’ The sole evidence presented at trial was that the Barn continues to be used as a wedding and events facility that primarily serves food and beverages only to wedding and event customers and their guests.”

Shortly after this ruling was handed down, the Court reviewed evidence in regard to the Old Lantern’s requests for sanctions against the Wolvertons and their attorney, James Dumont, for “taking the appeals and after two years of motions and discovery and trial preparation, coming to the trial and declining to offer any evidence and standing mute.” The Court concluded that the Wolvertons and their attorney abused the judicial process and plans to hold a hearing on Monday, June 11, to receive evidence on a potential monetary penalty.

The rulings can be read in their entirety below. 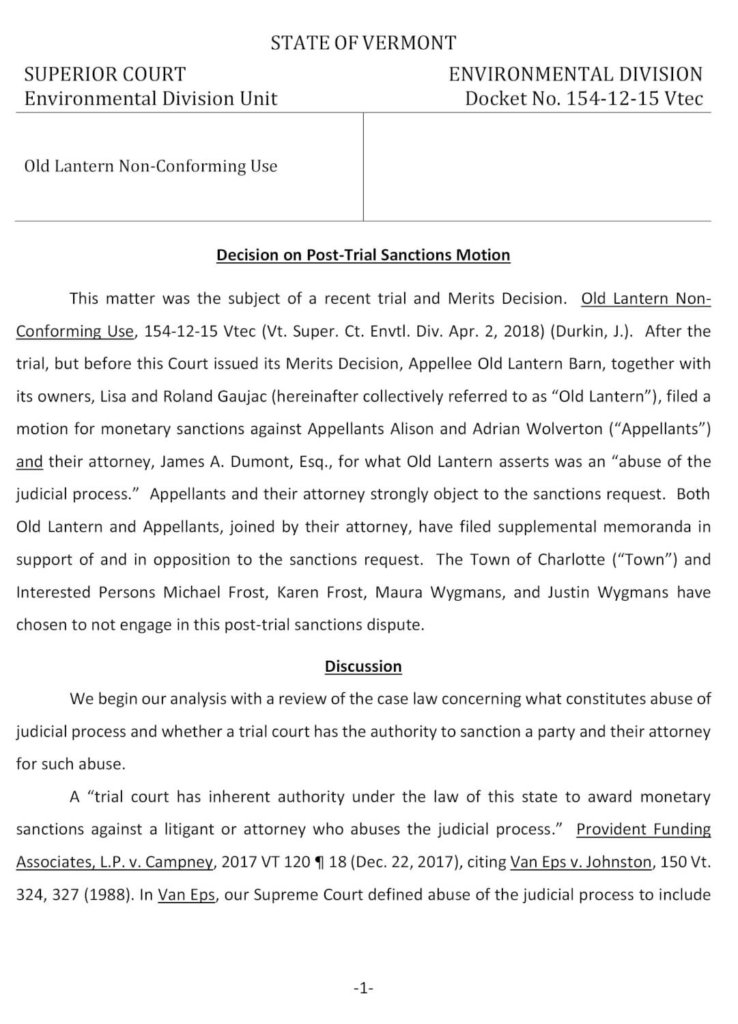 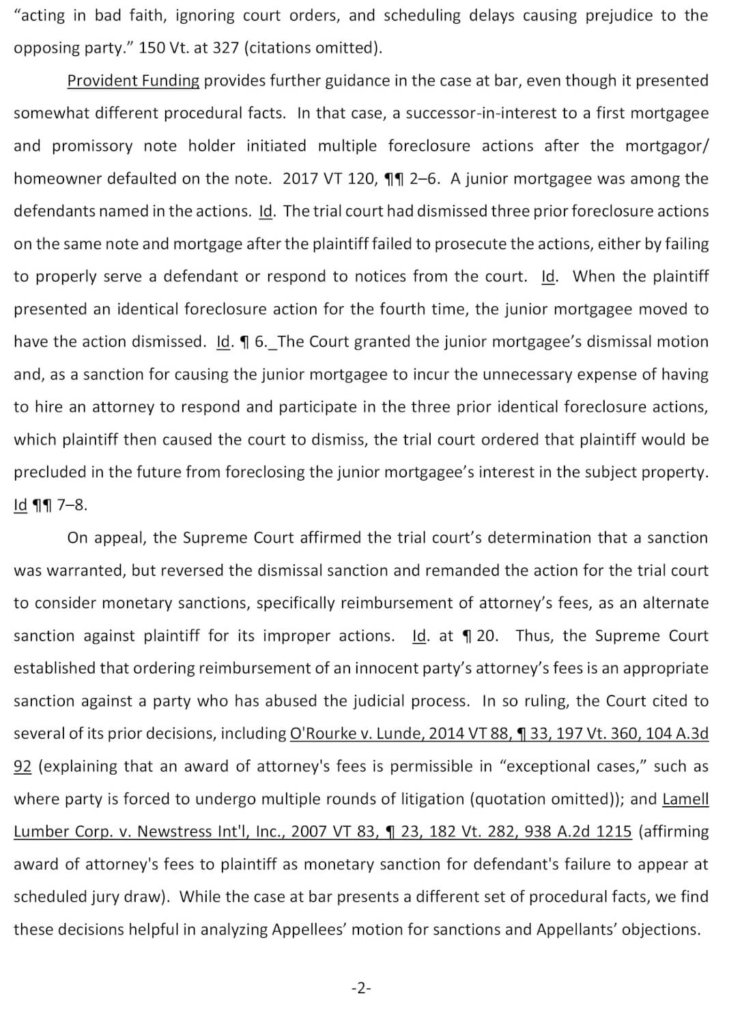 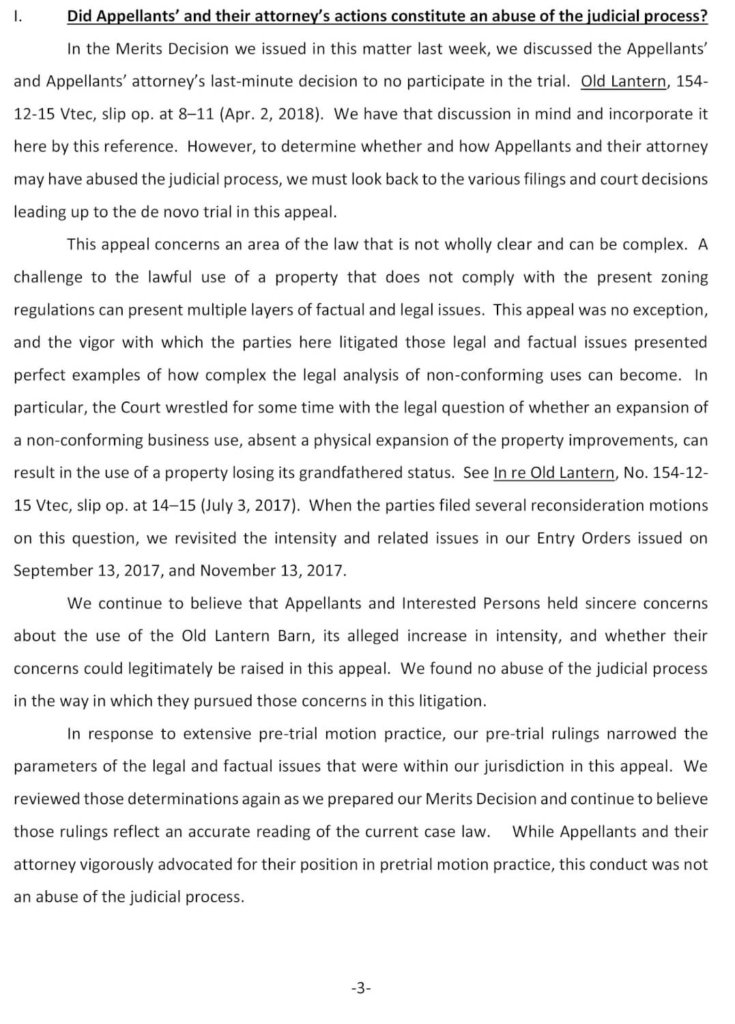 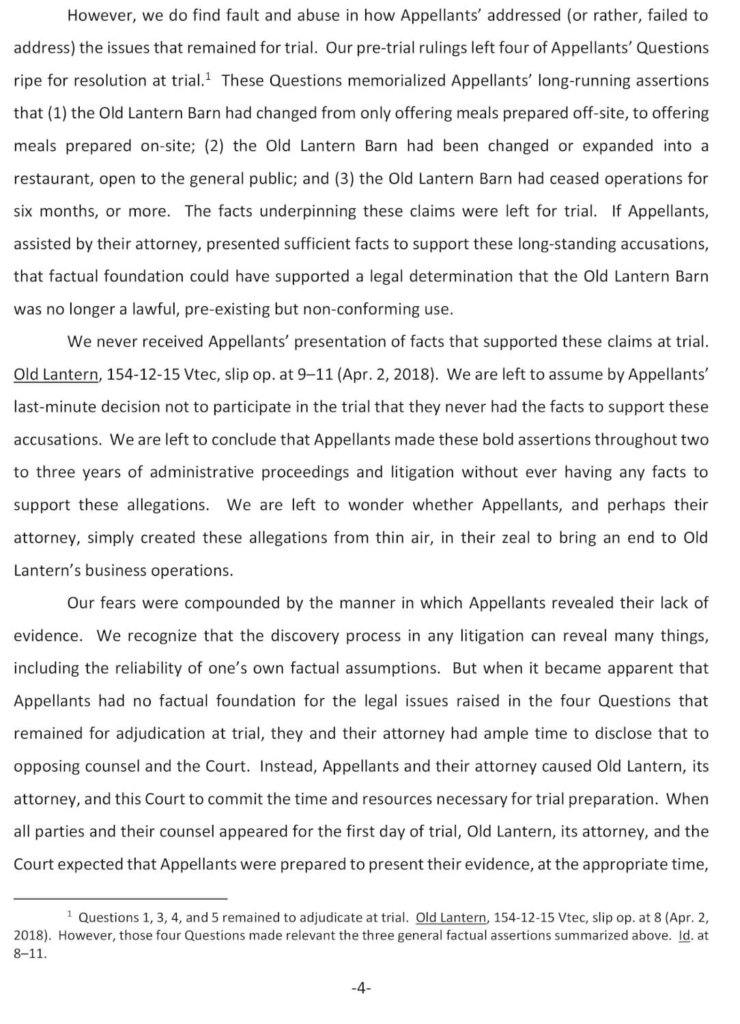 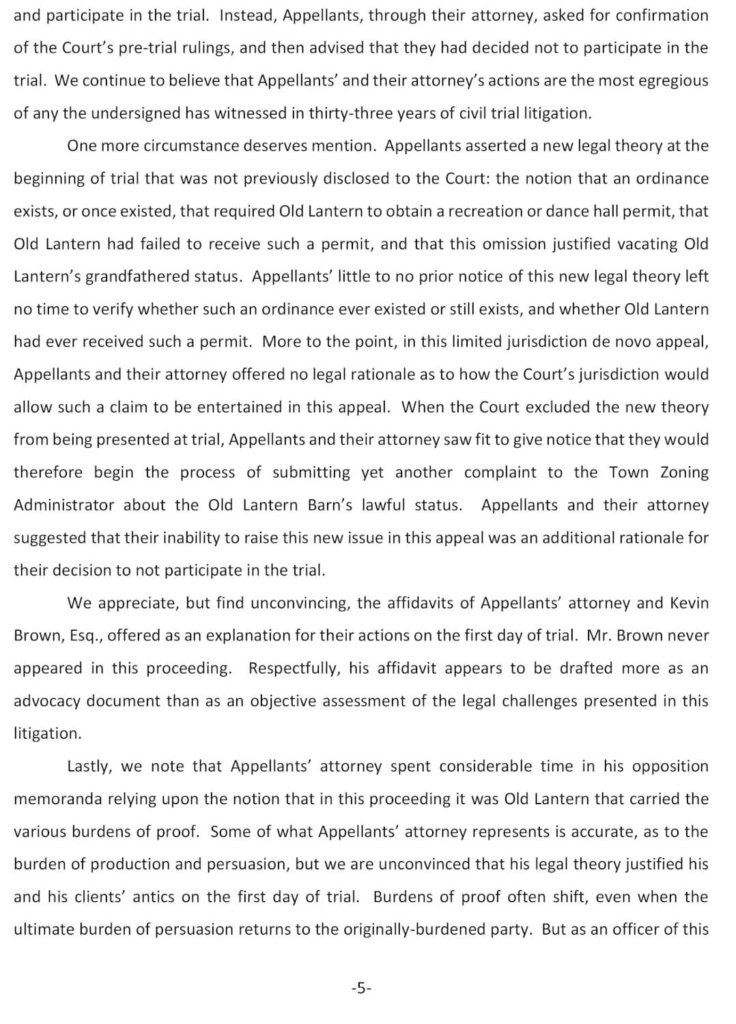 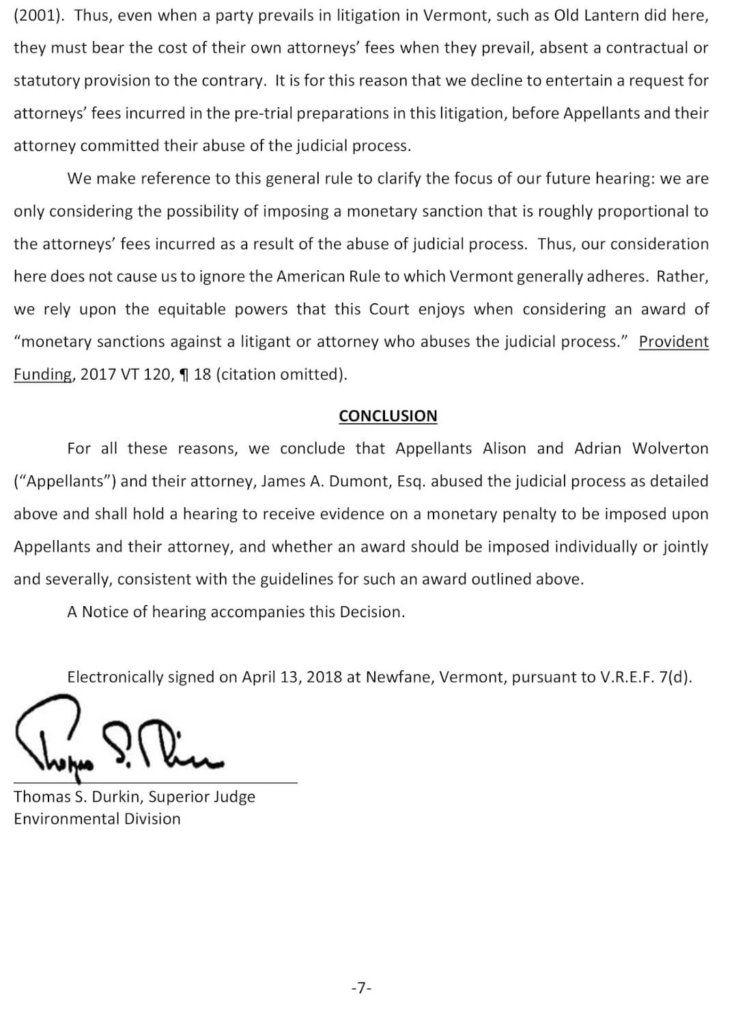 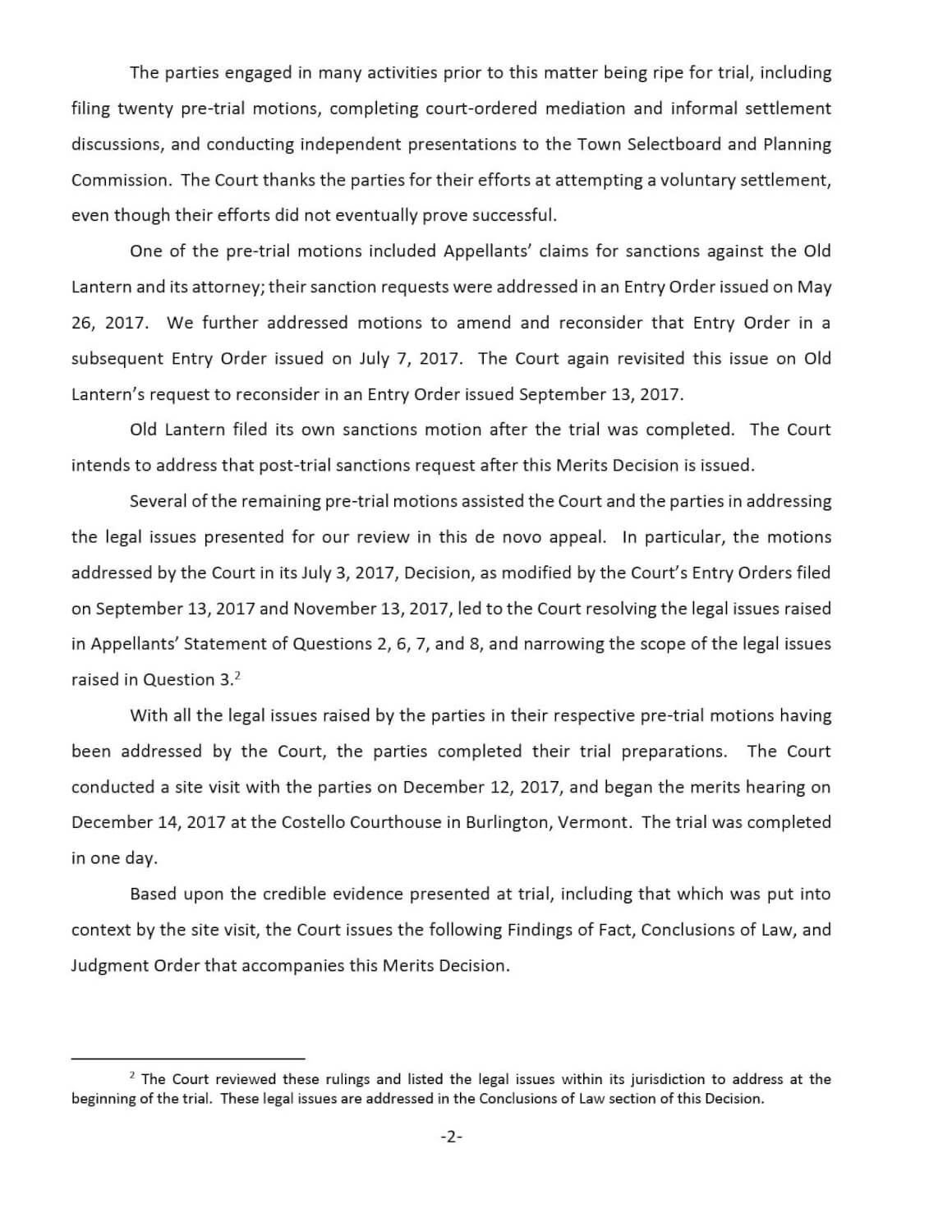 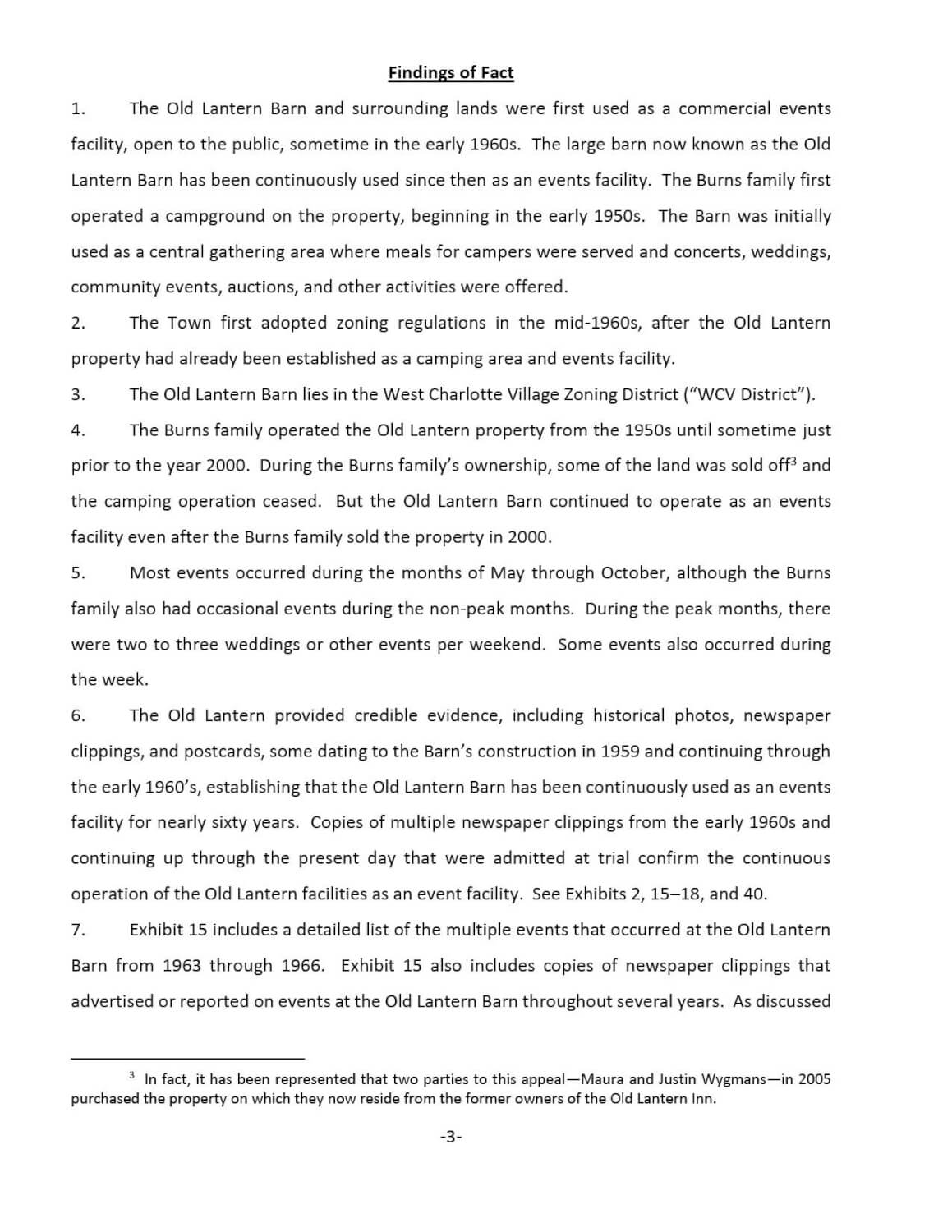 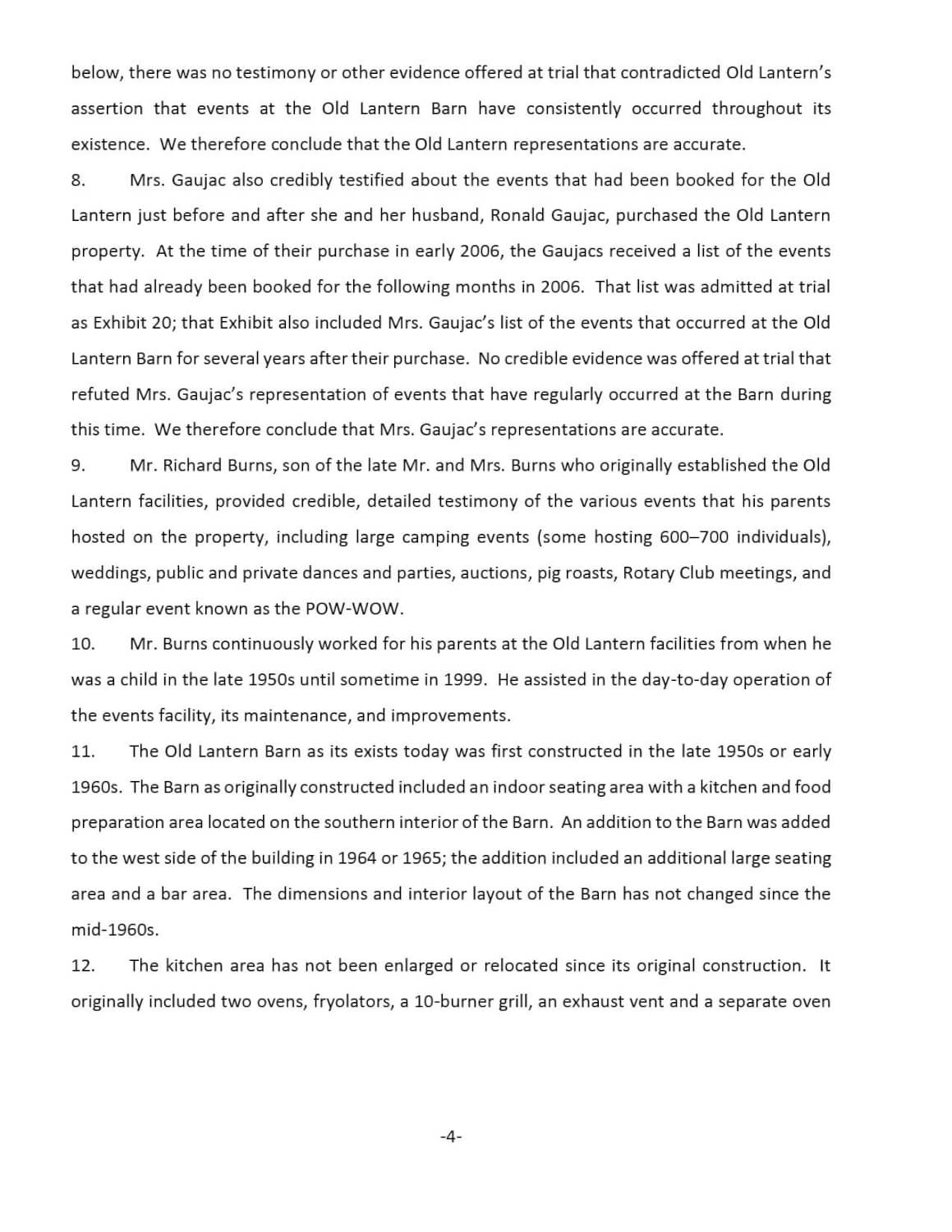 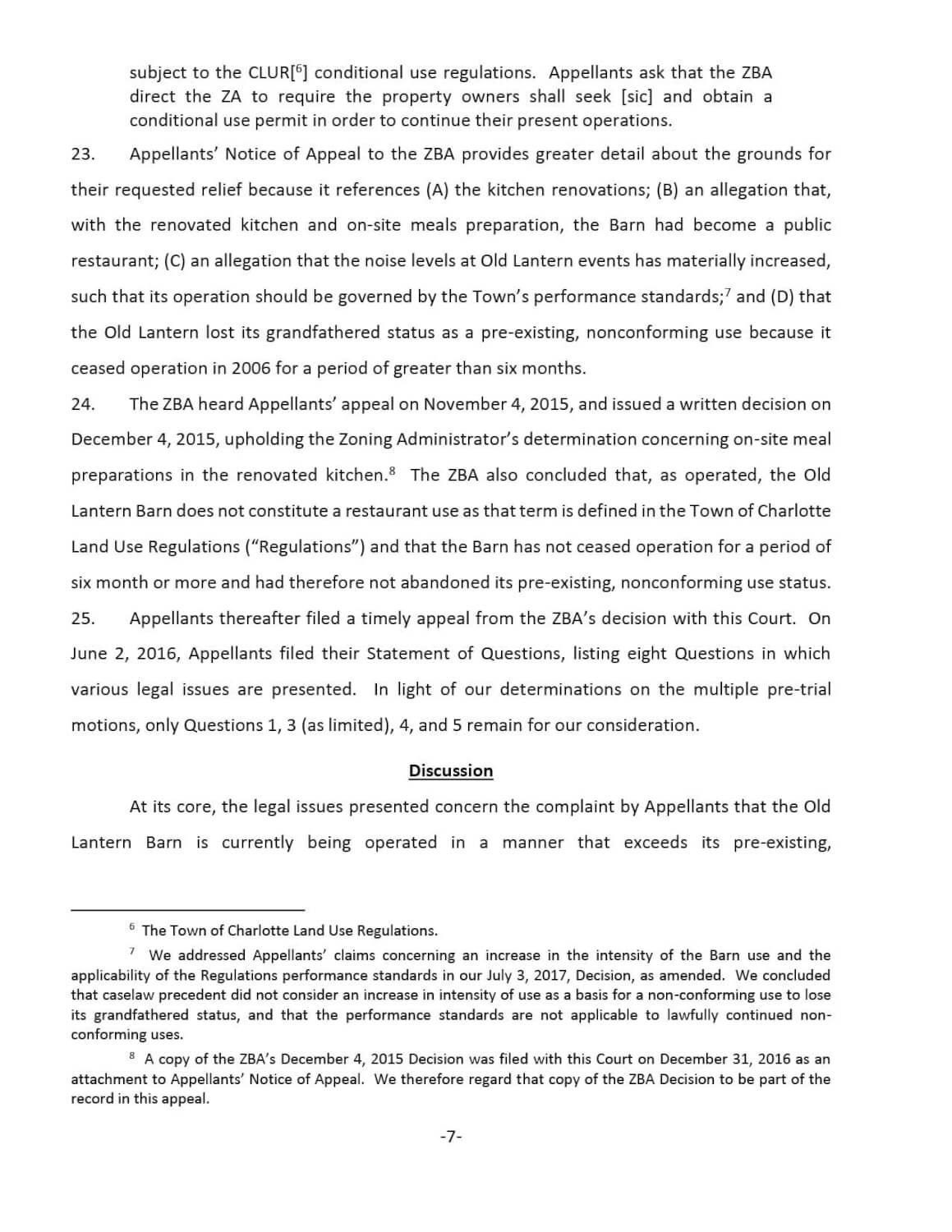 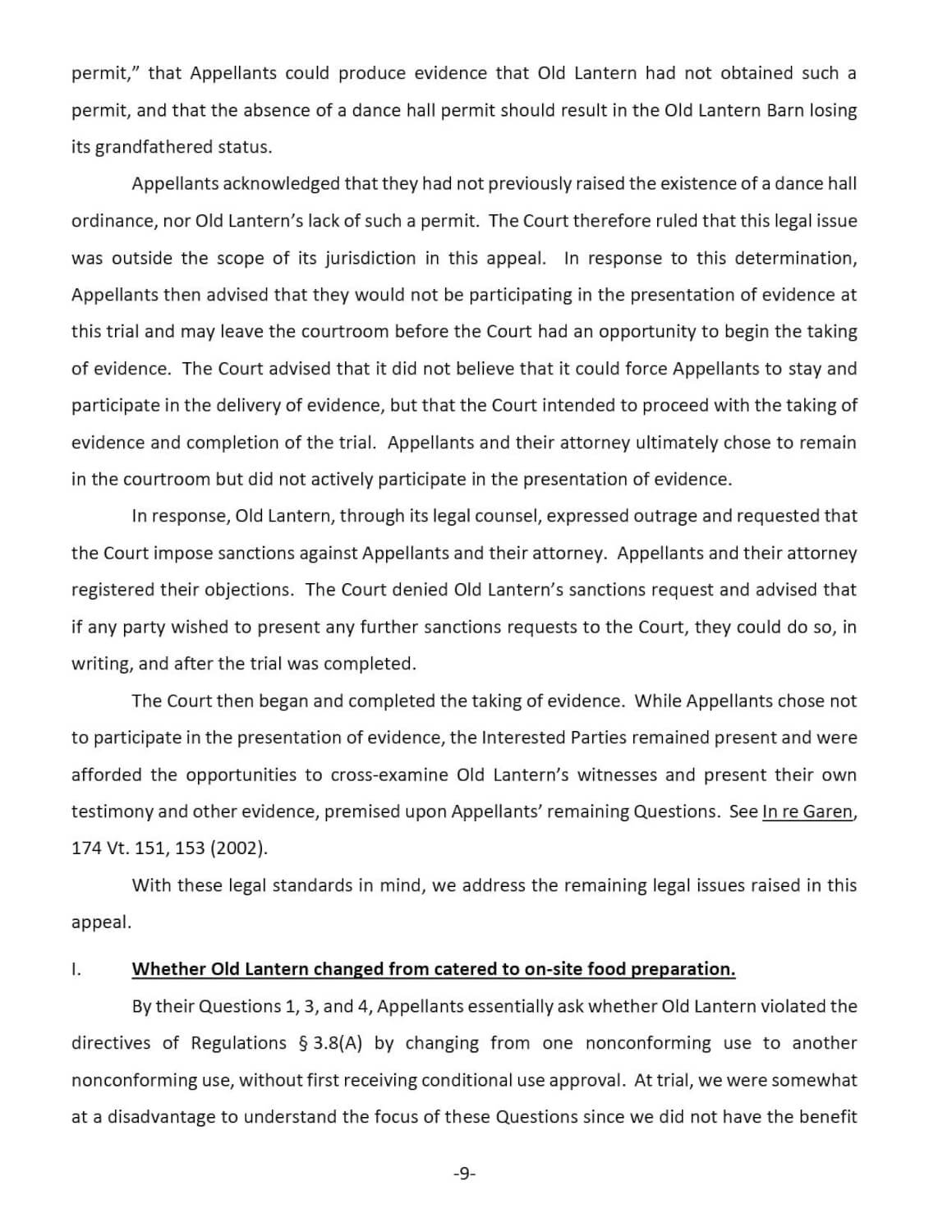