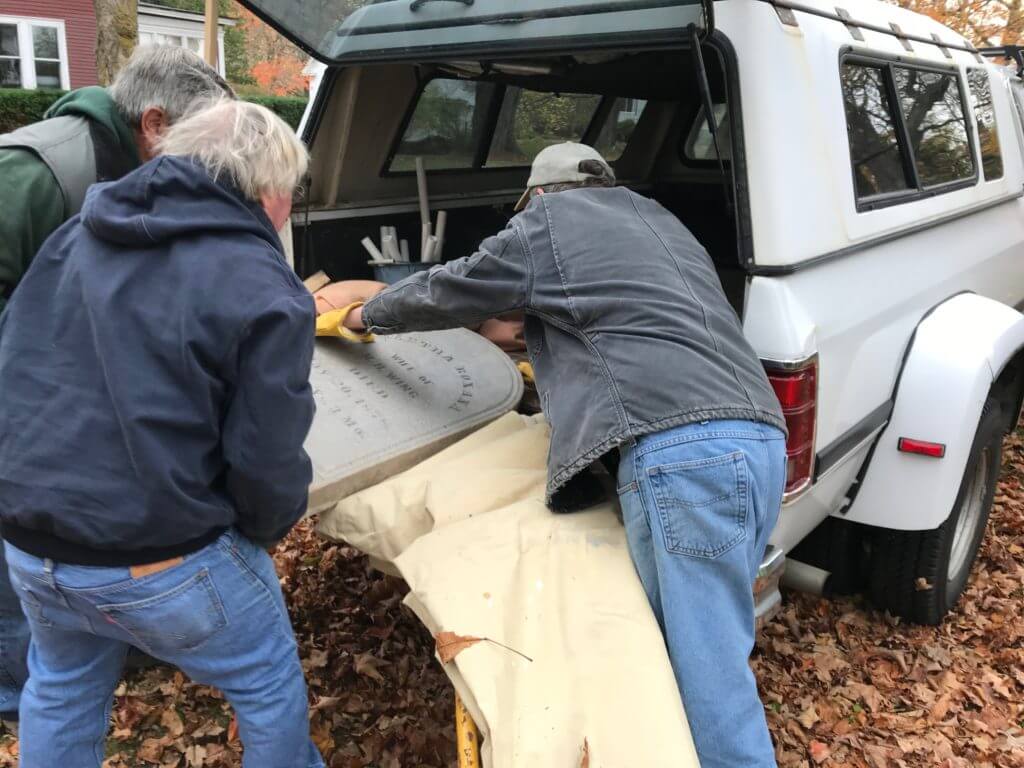 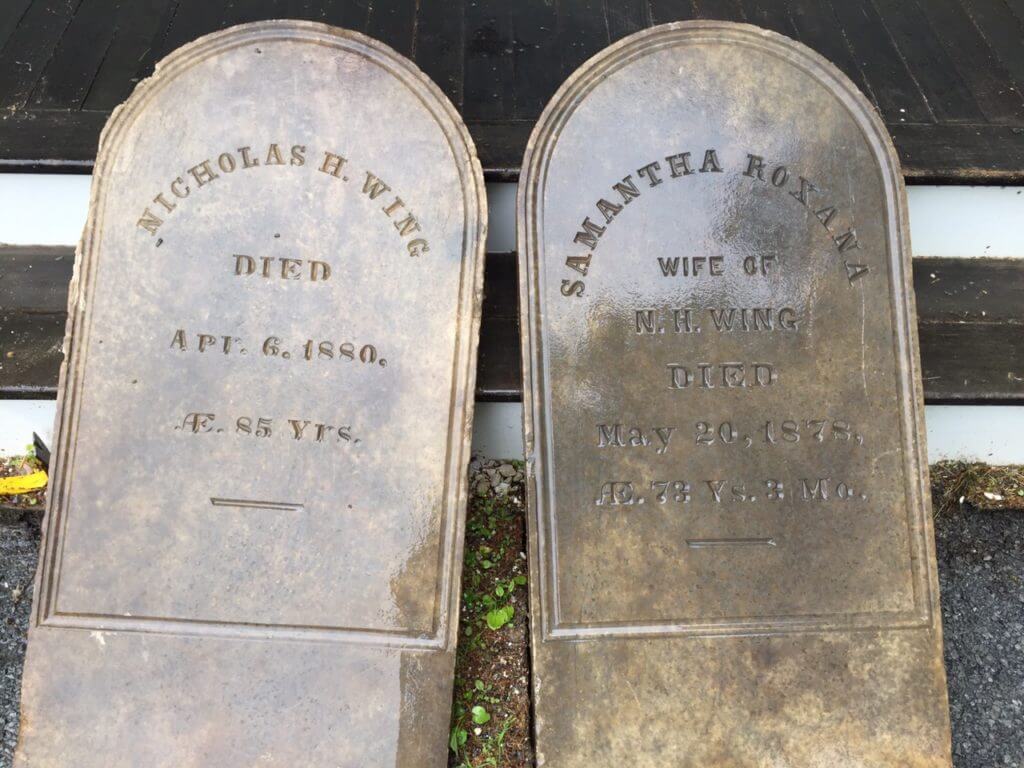 Erich and Whitney Finley are renovating their circa 1790s home on Greenbush Road. Neither has been surprised by the occasional find of old newspapers, theater posters and debris. They were surprised, however, when they discovered their front porch steps were gravestones.

When Erich removed the exterior stone steps and turned them over he realized they were grave markers for Nicholas and Samantha Wing, Charlotte residents who passed away in the late 19th century. Research showed the Wings, at one point, lived in a house at 324 Wings Point Road (Wings Point is named in honor of Nicholas). It remained a mystery, however, as to why the stones were resting under steps rather than marking the Wings’ graves.

The Charlotte Cemetery Commission had no record of the Wings being buried in the town’s historic cemeteries. Further research revealed the family rests in Ferrisburgh, their graves marked with a single stone. The commission reached out to local historian Dan Cole, hoping to learn more.

Cole found that Nicholas Holmes Wing was born in Monkton in 1795, son of Gideon and Phebe (Holmes) Wing. Samantha Roxana Barto was born to Gilbert and Susannah Barto of Williston in 1805. Nicholas and Samantha married in 1831 and gave birth to daughter Minerva Emily Wing in 1833.

Samantha passed away in 1878, Nicholas in 1880. The couple were buried in the Friends Cemetery on Quaker Street in Ferrisburgh, their graves marked by the stones found by the Finleys. When the Wings’ daughter passed away in 1902 the family commissioned a single stone for the three of them—perhaps because Samantha’s maiden name was omitted from her original stone.

With Nicholas and Samantha’s original gravestones now redundant, their family faced a question: what to do with the original markers? Each stands nearly four feet tall and weighs more than two hundred pounds. Perhaps they were given to a family member or friend who lived in the Greenbush Road house—frugal Vermonters wouldn’t have wanted them to go to waste.

One hundred plus years later, however, the Finleys wanted a more respectful location for the Wings’ gravestones. Because the Wings are interred in Ferrisburgh, the Charlotte Cemetery Commission reached out to the town with a request for ideas. The Ferrisburgh Historical Society responded.

Society President Silas Towler had an idea: The grave markers would become an exhibit at the Society headquarters at the former Center School at the corner of Little Chicago Road and Route 7. After consulting with Charlie Marchant of the Vermont Old Cemetery Association, Towler decided upon creating a frame for the stones, including information about the Wings and how they, and their extra grave markers, came to be located in Ferrisburgh.

The Society hopes to begin work on the exhibit in the spring. In the meantime the Wings, their original gravestone, and their replacement marker reside in the same town for the first time in 115 years.

Have you taken the survey? We want to hear from you.