CCS student dishes up kindness and selflessness on Chopped, Jr.

CCS student dishes up kindness and selflessness on Chopped, Jr. 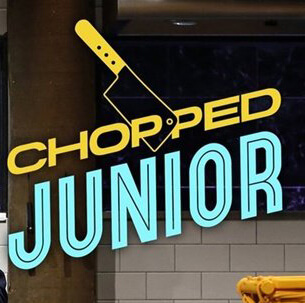 Kindness and selflessness on Chopped, Jr.

In the end it came down to the tortellini. One kid had too much and the other almost had none.

A couple of weeks ago, my daughter, Coco, made her television debut in a competitive cooking show on the Food Network. It had been a long and sometimes grueling process, but she’s the kind of kid who employs laser focus when she makes her mind up about something, and so we persevered.

It began a year ago when we noticed that there was an open call for contestants on a show called Chopped, Jr. We filled out the application and sent a home video and not long after received a call. Next came a Skype interview, then another, and then things got kind of crazy when it became clear that Coco had been chosen to be on the show.

Coco spent about four months preparing for the competition. The leadership team at CCS were behind her all the way, in support of her passion, giving her the time and the space she needed to work with her Auntie Margaret in the kitchen of Margaret’s restaurant in southern Vermont. And it truly was work. The two of them spent hours together each week, using every imaginable ingredient to prepare appetizers, entrees and desserts. During that time Coco also appeared on our friend Amy Chamberlain’s (chef-owner of The Perfect Wife in Manchester) cooking show, “Life of the Party,” where she cooked her signature dish, pork roulade, and served dinner to 40 people, and Stacy Fraser, who was at Eating Well, planned a Chopped Jr. evening with a whole bunch of kids so Coco could have a real-life practice run.

A false alarm came in early winter in the form of a phone call: “Can you guys get to New York today?” the young Chopped producer wanted to know. Coco and I looked at each other and thought, “Sure, why not?” One of the contestants was sick and they weren’t sure if he’d be able to participate. So we packed our bags and headed to the train station in Albany, but when we got to Saratoga there came another call: “We don’t need you after all!”
Grueling, tiring, weird.

Finally, in January we received notice that Coco had been chosen to be on an episode called “Stick With It.” We headed to New York where she spent two very long days in interviews, cooking, getting the layout of the Chopped kitchen, meeting the three other competitors and the chef judges and finally, finally, competing.

The premise of the show is a funny one: The contestant opens a basket at the start of the round. In the basket are four ingredients and one has 30 minutes to prepare a dish with them. Naturally, the ingredients are unusual, possibly even unknown, so that’s the catch: You have to cook something using stuff that doesn’t necessarily go well together, and you have to use all four ingredients or you are automatically “chopped.”
Many of you watched the episode, so you know the outcome: Coco was chopped in the first round for having put too much tortellini in the bowl in which her appetizer was presented.

But something happened in that opening round that I didn’t know about until I saw the episode on TV: Coco had finished a bit before the 30-minute mark, and at the very last minute, when one of the other contestants was panicking, Coco helped her get her tortellini out of the pan and onto her plate.

In other words, she saved a fellow-competitor from an imminent chop.
My heart broke into a thousand pieces when I saw Coco’s face on television receiving the news from the judges that she was the first to go. I know how competitive Coco Eyre is. I also knew how tired she was the day of the filming, how tired we all were of the television madness. After one is chopped, they then must endure an exit interview, and finally are shown the door, and it’s over with nary a commemorative apron to take home. It was hard, that day in New York, when the whole thing was done and the months of preparation and anticipation were behind us.

After the show was aired, I asked Coco about the moment when she helped her friend plate her food. “She asked for help,” she told me, “I couldn’t not help.”

The winner that day took home ten thousand dollars. But I took home an 11-year-old who already understands everything that matters in this life.

Thank you, Helen Cooper Hood Eyre, for dishing up kindness and selflessness, in front of a national audience and famous chef judges. You did what most grown-ups have trouble doing: you took yourself out of the center of the universe and put someone else there. You took your opportunity to win at something you had spent months preparing for and handed it to a friend.