Charlotte Fire and Rescue over budget

Charlotte Fire and Rescue over budget 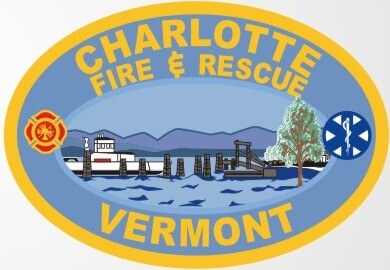 The Charlotte Volunteer Fire and Rescue Services (CVFRS) presented its quarterly report to the Selectboard at the board’s Sept. 25 meeting. CVFRS presented the unaudited 2017 end of year numbers and the potential impact for the fiscal year 2019 budget.

A large chunk of CVFRS’ revenue is provided from the Town’s budget. In FY18 (the current fiscal year), the Town is providing $611,812 out of $726,116 (i.e. 84%) of budgeted operating revenue, in addition to $120,000 to the capital reserve fund (to pay for apparatus and equipment). Payroll and health insurance costs were among the major expenditures. Compensation to Rescue played a significant role in driving overall costs.

CVFRS members answered questions from the Selectboard, including what happens if a second call comes in while the ambulance on a call. They explained that, if the ambulance is out when there is an emergency, either a second ambulance would be deployed or mutual aid from a neighboring town would respond. One of the big things is to have staff and volunteers trained to take that second ambulance out to respond to a call.

On the revenue side, ambulance fees are set to rise. This had not been calculated into the FY2018 budget. Increased fees will be a positive for the town.

Selectboard member Matt Krasnow, who chaired meeting, said that CVFRS had come in reasonably on budget given the amount of “really positive growth” that has been happening with Fire and Rescue. Also, he added, “It is not costing the town any more money than the town had budgeted for.”

Discussion between selectboard and fire and rescue service gets warm, fuzzy-ish