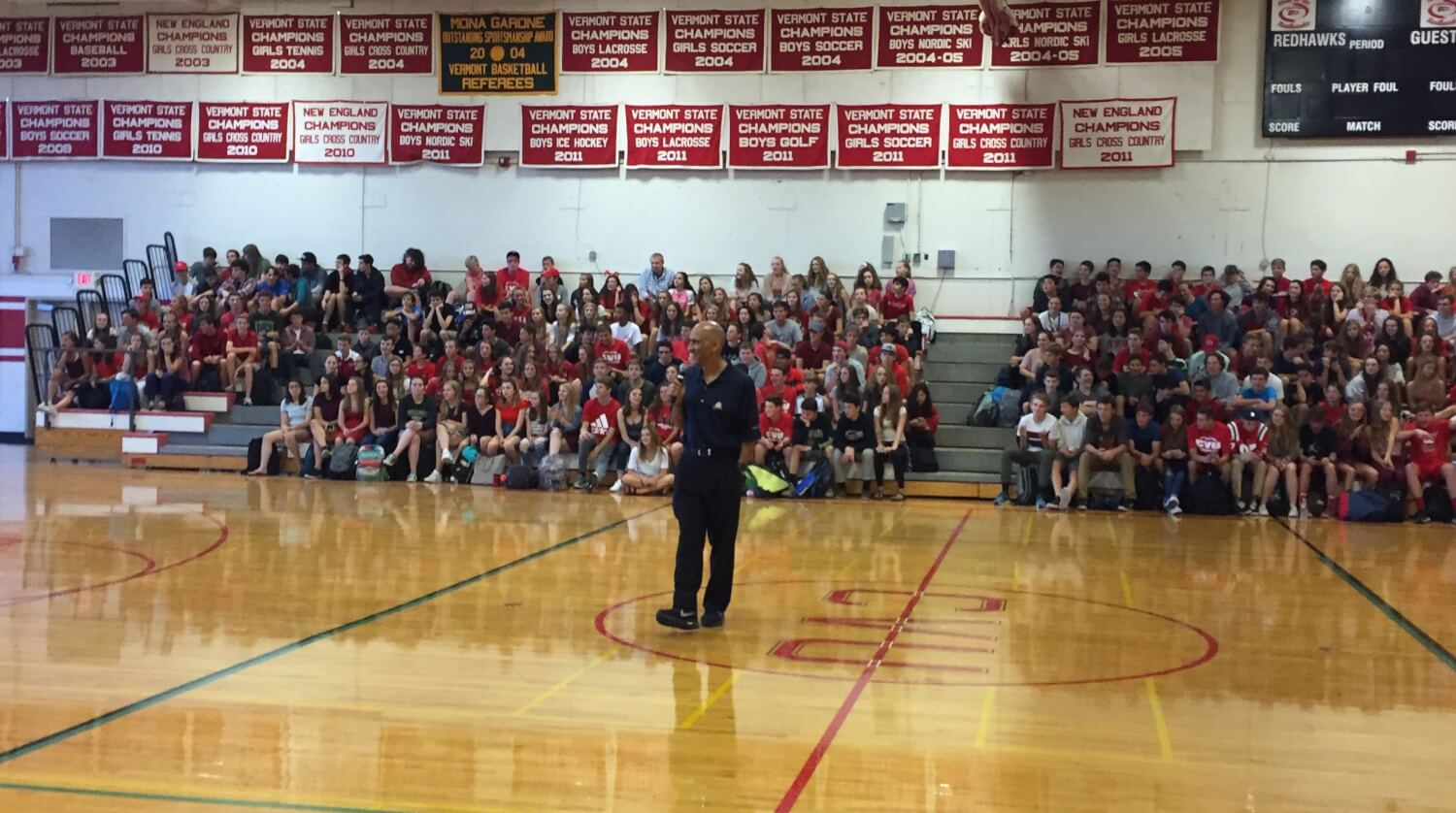 Sportscaster and two-time NFL Super Bowl champion Tony Dungy spoke at Champlain Valley Union High School today for about 13 minutes. “The assembly was scheduled for 45 minutes, and I did not want to dismiss students a half hour early, so I took the mic,” Principal Adam Bunting said.

Bunting spoke about how proud he was of the students. Preparing them for Dungy’s visit made it a “fascinating week,” he said in an interview with The Charlotte News. So fascinating that he considered cancelling the assembly earlier in the week.

“While many were excited to hear a person who broke so many color barriers and accomplished so much, others expressed concerns about his views on gay marriage,” Bunting said. “Instead of simply disengaging, protesting, or fighting, our students engaged one another in a civil discussion. Quite frankly, they set a better example than many of our adults in recent years. That is a commitment to community.”

Some parents received texts from their children during the assembly that led them to be concerned about the content of Dungy’s speech. One such text read, “Told us to follow god and listen to the bible.”

It was the fact that Dungy is the first African American coach to win a Super Bowl victory, among other victories, that led Bunting to ultimately allow him to speak. Dungy was also inducted into the Pro Football Hall of Fame in 2016. “It is so infrequent to have the opportunity to have such an accomplished and prominent person of color speak at the school,” he said.

Dungy was asked prior to the in-school assembly at CVU to refrain from evangelizing. “He had one line about the importance of Jesus in his own life, but he spoke mostly about following your values,” Bunting said. “He did quote the bible.”

Bunting said Dungy wrapped up his short oration by talking about serving the lord. “That was a bit concerning in a public school setting,” Bunting said.

CVU Senior Sofia Dattilio said of Dungy’s comments, “I don’t think he was there to hurt anyone’s feelings though. People can have their own opinions on things.”