Paint sticks not allowed, but guns, no problem

Paint sticks not allowed, but guns, no problem 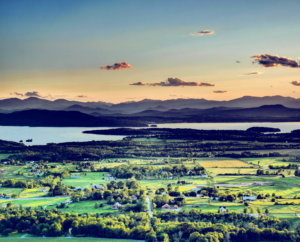 The top of Mt. Philo on June 24. Photo by John Miller.

BJ arrived from Denver and I came from Vermont to visit Kay Smith. Fifteen years ago, we were colleagues at the American International School, Dhaka, Bangladesh. Now we (three 70-year-olds) were meeting at Kay’s house in Austin, Texas¬, a stone-and-stucco ranch house in the liberal state capital of one of the America’s most conservative states.

Kay wanted us to get a taste of her part of Texas and laid out an ambitious schedule of activities, four days that would include hiking the Violet Crown wildlife trail and biking around, and then kayaking on Lady Bird Lake in downtown Austin. We’d visit the University of Texas’s Blanton Museum of Art and ogle cowboy gear at Allens Boots. Kay’s plan included a day in the Texas Hill Country, starting with a walk to Pedernales Falls, followed by a tour of LBJ’s boyhood home and a vineyard wine tasting, and finishing up at LBJ’s “Texas White House.” And, of course, we’d sample some of Austin’s incomparable music. Saturday, April 22, our last day in town, would be devoted to civic protest in support of science at the state capitol.

We plunged in, hiking, biking, kayaking. The impressive Blanton Art Museum is evidence of Texas wealth and its exhibits provocative, humorous, startling. The Hill Country was beautiful, with old trees and rolling hills, the people warm and welcoming. This was an enchanting Texas I never knew existed. Everywhere we saw young families engaged in outdoor activities and enjoying a hip urban lifestyle.

Particularly riveting were two evenings of music—not in clubs, theaters or stadiums. We found music in grocery stores. Central Market, a local-ish chain of stores—think Hannaford’s—provides venues for local music. The market is located at one end of a traditional-looking mall, and late Friday afternoon we pulled into the parking lot and walked through the front door, passing by a deli section off to the left, a wine and beer bar, and casual restaurant seating before exiting a side door onto a spacious deck where a band was setting up beneath a canvas canopy. The deck had picnic tables, cafe tables with umbrellas and a dance floor—beyond it was a park-like expanse. We’d entered a typical supermarket door and exited a side door into an unexpected world of music.

Kay spread a colorful tablecloth to claim seats, and we purchased wine as Candy and Art, a local band, got going. Guitar, bass, drums and Candy, a young woman whose rich sultry old-fashioned voice caressed the early evening air. As the musicians performed, the audience to-and-froed, buying wine, ordering pizza, fetching salads from the grocery deli. Toddlers and young children cavorted on the dance floor, and a young mother moved to the music with an infant on her hip. Tables of senior citizens tapped feet to the music. A middle-aged couple at the next table smooched during a lovey-dovey song.

At the end of an hour, Candy and Art packed up their instruments, and a new group—more electronic, a little louder—took the stage. We ambled inside to buy some dinner. The crowd had grown and tables were filling up. Beyond the deck was a children’s playground full of kids swinging, climbing, sliding and running. Young parents supervised, lounging against jungle gyms, beers in hand. More picnic and café tables were set on grass that stretched away toward magnificent live oaks, a pond where a dad squatted at water’s edge, arm around a child, wetlands full of croaking frogs and twinkling fireflies, and further away, high-rise apartments. A group of ten-year-olds played pick-up soccer in the gathering dusk. The scene was simultaneously kinetic and peaceful. Above it all drifted the music that makes Austin famous.

The next evening was cool and rainy; after dinner we stopped by another of Austin’s Central Markets. This one had no outside space, but inside was café seating, a bandstand and a dance floor. A five-piece band with female vocalist played swing and jitterbug. The crowd of mostly older folks danced; many were good dancers with sophisticated moves who seemed like regulars here. They bantered and switched partners. When the band took a break, dancers grabbed wine at the wine bar, opened deli snacks and congregated around a few high café tables.

I was gobsmacked! The whole idea seemed so innovative and community enhancing. I’d read that music was everywhere in Austin, but music, good music and dancing (!) in grocery stores (!) was more than I would ever have imagined. There was so much vitality, innovation, art, urban outdoor life, and the energy of young families that I found myself falling head over heels in love with Austin!

Then something happened on Saturday morning that presented a different picture of Texas. BJ and I accompanied Kay, an active and resisting Democrat, to the State Capitol building to take part in what was a nationwide protest in support of science and against climate-change deniers. Kay had bought supplies for making protest posters that included stiff cardboard and sticks. The sticks were lightweight, 18-inch long, three-quarter-inch wide stirrers from a paint store. The paint stirrers were attached to the posters and allowed us to hold our signs aloft and wave them.

The Saturday morning crowd was friendly and buoyant with lots of families, lots of kids. Many protesters who were working scientists wore white lab coats. Signs were humorous: Fight Climate Change or Die Frying; Science is Not an Alternative Fact; Breaking News: Science More Effective Than Magic.

Arriving early, we entered the Capitol Building, thinking to take a half-hour tour of the interior. First stop: security. Purses and backpacks on a belt for X-ray. The officer told us we could not take our signs inside. The sticks were a security issue and a danger. Carefully, we stashed our signs behind a lobby trashcan, fingers crossed they’d be there when we got back. We placed our bags on the conveyor belt and walked through the metal detector. BJ was additionally swiped with a hand wand when her bracelet set off the metal detector.

The tour, exactly half an hour long and conducted by a young woman clearly proud of her state, was interesting and informative. Before heading back outside we cruised into a ladies room and joined the queue. Other women were attending the march and there was some chatter: “Can you believe we have to defend science?” “It’s ridiculous, I came in from Johnson City to protest.”

I piped up that I’d come from Vermont. Another woman in the line let on how she’d visited Vermont. I noted that security had prohibited my sign with its paint-stirrer stick.

“Oh, too bad,” said another, a local gal. “If you’d carried your gun you could have brought it right in. There’s a special line with no metal detectors for gun carriers. You pass right through.”

My jaw dropped in disbelief. Paint sticks not allowed, but guns, no problem?! Hard to imagine, almost impossible to digest. Could it be true? Women in line shook their heads yes.

We retraced our steps to the State House lobby and retrieved our signs from behind the trash can. Not quite believing the gun information, I sidled up to a blocky, middle-aged officer, a man with the look of authority and a uniform to match, a state policeman perhaps.

“Sir, I have a question. I’m from out of state and just heard something unbelievable. Maybe you can tell me if this is true. Earlier the security folks barred me from taking this sign inside.”

He looked over my sign, shook his head yes……that stick could be dangerous.

“I understand. But is it also true that if I’d had a gun, I could have brought that into the State House?”

“Yes,” he said, shuffling his feet uncomfortably, looking away to avoid eye contact. Then his gaze snapped back to me. “As long as that gun is licensed,” he spit out triumphantly. That was it. He had the completely reasonable rational that explained the difference: a paint stirrer was dangerous whereas a gun—importantly, a licensed gun—was not.

And so I saw another side of the Lone Star State. Later, when Kay, BJ and I talked about it and mulled over the contrast between the hip, modern, cosmopolitan life on display in Austin and the knowledge that you can pack a pistol in the Capitol building, Kay made a distinction that highlighted the liberal city within a conservative state. Music in the grocery store is definitely forward-looking Austin, while totting guns in the State Capitol is Texas, Texas, Texas!