1951: When Washington was a haven for people in their twenties

1951: When Washington was a haven for people in their twenties 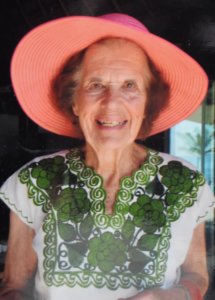 The year was 1951, and having just graduated from college I had gone to seek a job in Washington, D.C. Before long I connected with college friends, and we rented a three-bedroom row house on upper Wisconsin Avenue a block from the trolley line. The Admiral and his wife in whose house I first lived were more than cordial including me in several fancy receptions, but it was a relief to reconnect with my age group. Many classmates had been hired by the CIA and spent days sitting at long tables, sworn to secrecy about their jobs. They reported week after week to the same room and never received an assignment. Months later many left to marry. They waved goodbye to their careers that had never gotten off the ground. I was delighted to have avoided that fate.

A friend and I regularly ate our brown bag lunches at nearby Lafeyette Park. Often President Truman, cane in hand, would leave the White House to take his daily stroll. He paused briefly and tipped his bowler hat to greet us. We nodded and returned his smile. Only one Secret Service man accompanied him. At that time you could almost walk into White House. Barricades to protect the president would come in the future, as well as numerous security personnel.

Washington was a haven for people in their twenties, and there was a surplus of young men. We had a myriad of activities from which to choose: access to free tennis courts, museums galore, movies, trails along Rock Creek Park for picnicking, and endless historic places such as Mt. Vernon to visit.

My salary that year was $2,500 with no taxes. I managed a 10-day ski trip to Aspen with friends and proudly saved 15 percent of my salary that first year.

However, we were unprepared for the relentless summer heat—over 100 degrees many days—and nights that never cooled off. Air conditioning was almost nonexistent. My roommates and I decided a swimming pool was the solution, and I was determined to find one. I had noticed a few attached to some of the embassies in the upscale Kalorama neighborhood. I assumed they might like to share with us. Why not inquire?

I set off one day after work and approached the enormous British Embassy. I pounded the shiny brass knocker on the front door; a butler opened it and I asked for the first secretary. He politely told me they were preparing for Sir Winston Churchill’s arrival, perhaps I could return another time. A week later I saw his portly figure silhouetted against the front door as guests arrived for a dazzling state dinner.

So I continued to the more modest French Embassy; and the attractive second secretary, Jacques, answered. “Ah, Mademoiselle. What can I do for you?” I announced my request in my best French, mentioning my two summers in France. He looked bemused at my bag with a swimsuit and towel. “Ah, peut-être, mais l’Ambassador n’est pas ici.” (The ambassador is not here.) After a bit more conversation, as my fluency was running short, he agreed, and showed me the changing room.

My roommates and I spent many a hot afternoon using the pool. Jacques occasionally parted the sheer curtains and gave a friendly wave from the window, but we never saw anyone else. The ambassador and his family had probably returned to France for the summer. This luxury added tremendously to our combating the heat and enjoying the summer.

In looking back I realize how many advantages the presumptuous audacity of youth offers. What ever happened to that effortless optimism? So often we make our own luck and never think twice about it. Perhaps a few incidents will occur to you.