Yes, golfers are, in fact, athletes

Yes, golfers are, in fact, athletes 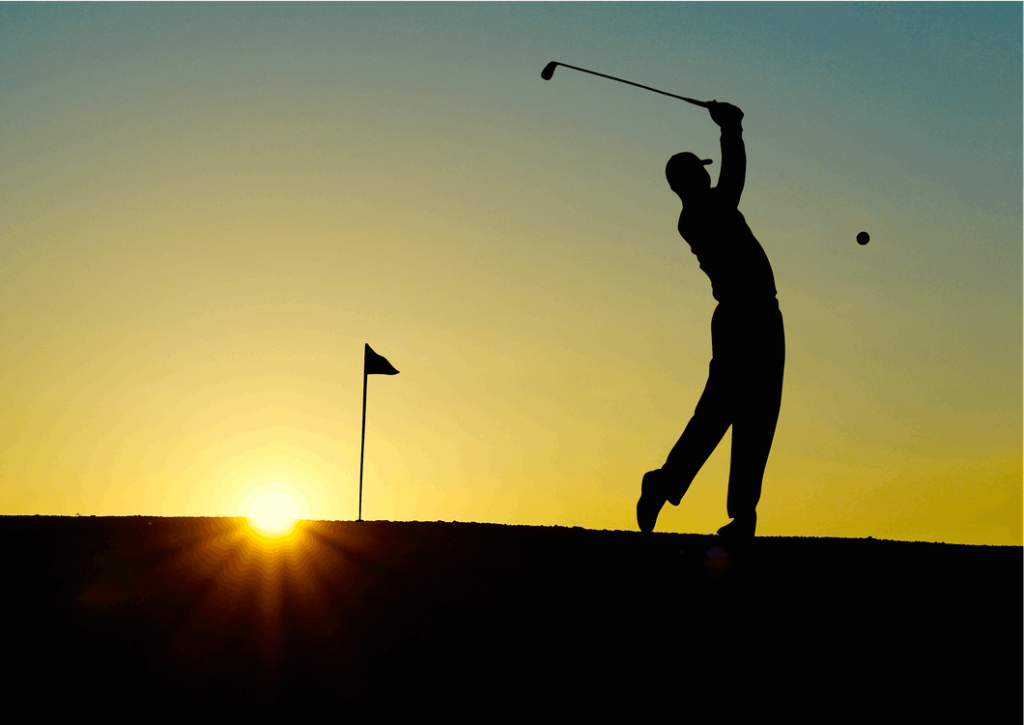 Imagine your average golfer. Is he or she lazily leaning on a golf club on the tee box? Are they slumped in a golf cart as they ride beside the fairway, beer cans rattling in the cup holders? Perhaps they are somewhat overweight and have a lingering smell of cigar smoke about them? At the very least, they are wearing shorts with gaudy print on them, right? In any case, chances are you aren’t picturing the fittest or most graceful of athletes. In fact, many might argue that “golfer” and “athlete” don’t belong in the same sentence.

The stereotype is strong, and history has generally supported it. In recent decades, however, change has come to the game of golf and those who play it. Namely, golfers have increasingly acknowledged the physical forces associated with the game and have embraced fitness to address them. This has resulted in a new breed of golfer—one who is stronger, more flexible, more powerful and, yes, more athletic than those before.

The effect of a golf swing on the human body
To understand why golfers have made this transformation, one must appreciate the impacts the golf swing has on the human body. While golf appears on its surface to be a slow-moving game of etiquette and white belts, it actually involves one of the most explosive movements in all of sports. Rarely do we see tranquility erupt into ferocity in such fashion as when we witness the golf swing. The effects on the body are tremendous. Consider these measures:

The average club head speed (using a driver) for an amateur male golfer is 94 mph and for an amateur female golfer, 78 mph. Low-handicap and professional golfers typically generate swing speeds from 105 up to 125 mph.

From the top of the backswing (at which point the club is momentarily not in motion) to impact takes approximately 0.25 seconds. That means the body accelerates the club from 0 mph to around 100 mph in a quarter of a second.

A swing speed of 100 mph increases compressive forces on the lead knee approximately 6.5 times body weight. This compressive force is greater than those measured on the knee during stair descent, jogging and while playing tennis.

Bear in mind, finally, the number of swings golfers take. Range balls, practice swings, real swings, mulligans (well, hopefully not too many of those)—they all add up. The cumulative effect on our bodies is significant. It is no wonder that 62 percent of amateur and 85 percent of professional golfers sustain injuries at some point during their careers.

Golf training programs
In view of these factors, it becomes apparent that physical fitness and training are requisite for purposes of injury prevention as well as performance. Golfers must prepare their bodies to sustain these stresses in high volume, transferring energy from their bodies to the golf ball with maximum efficiency.

Golf-specific training programs typically consist of a combination of mobility (joint range of motion, soft-tissue flexibility), stability (dynamic balance and body control), power (force generation and energy transfer) and motor control (movement patterns or “muscle memory”). Golfers can now be found exercising at the gym, at home, with trainers and even on the driving range to adequately prepare their bodies for the game they love. The results are recognizable. Golfers are hitting the ball farther, playing longer into their years, and looking more trim in those gaudy print shorts.

Here’s to a positive revolution in a centuries-old game: The athlete golfer.

Dr. Timothy Gould is a physical therapist at Dee Physical Therapy in Shelburne (deept.com). He can be reached by email.