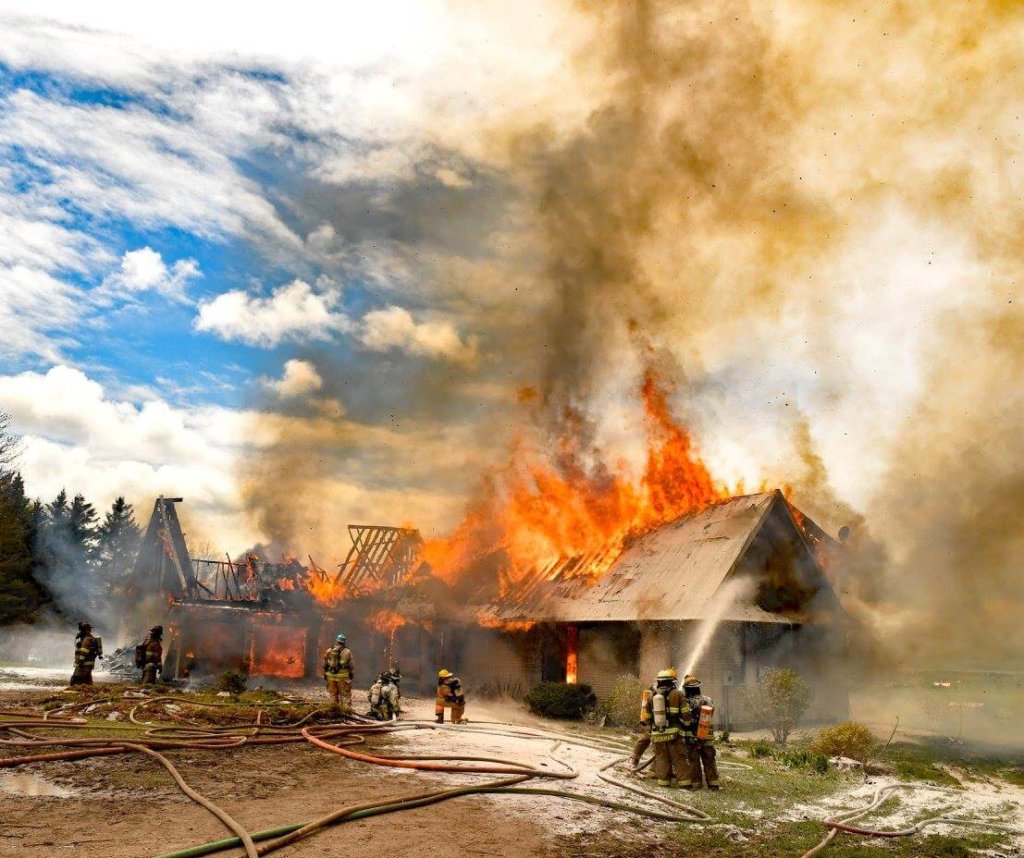 About 50 area firefighters participated in month-long training at a Charlotte home scheduled to be demolished. Photo by Lee Krohn.

It was a conflagration like no other for the Metropoulos-Moulton family last weekend. Even though this blaze was planned, it was still breathtaking, Catherine Metropoulos said. She’s lived on Route 7 in Charlotte since 1984, and now her adult daughter, Christina Metropoulos Moulton, purchased a home right next door with plans to completely rebuild.

“Better to knock it down and start new,” Catherine Metropoulos said. “How lucky am I to have my daughter living next door?”

Since the Ethan Allen Highway home needed to be demolished, it was given to Charlotte Fire and Rescue where they and departments from other towns, including a SWAT team, used it for training over the past month until it was finally burned to the ground, Metropoulos said. 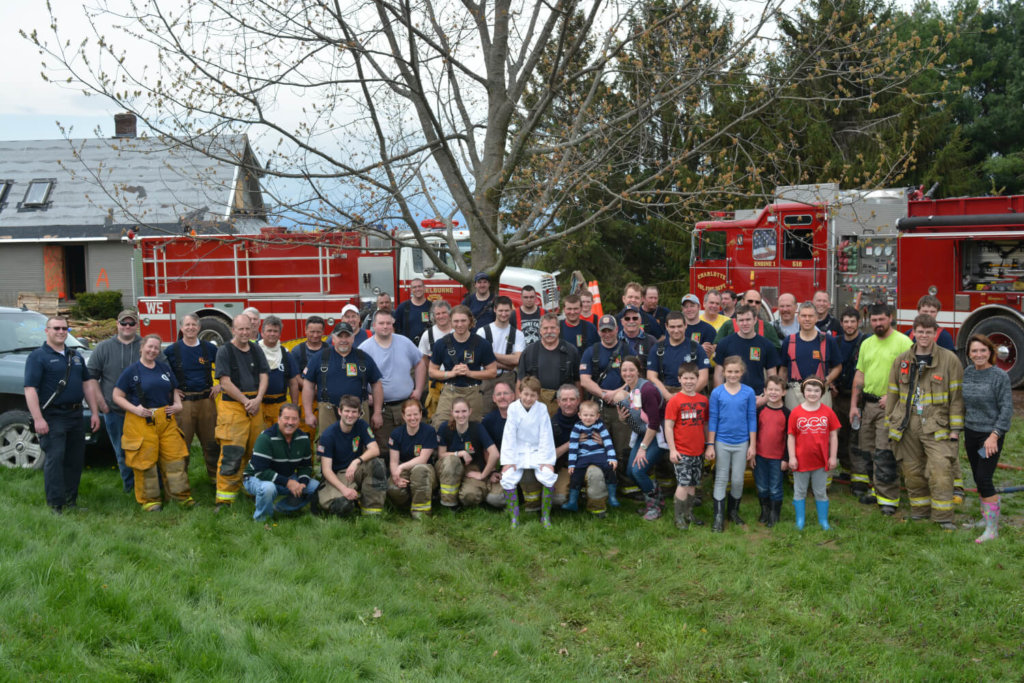 Fire and rescue training at the Moulton residence on Route 7 in Charlotte on May 6. Photo by Catherine Metropoulos.

The house was also made available to the Vermont State Police. Collectively the building was used for close to 1,500 man-hours’ worth of training that would not be available any other way to these departments, Charlotte Fire Department Chief Dick St. George said.

Shelburne volunteer firefighter Lee Krohn said, “While some may decry burning down what may appear to be a perfectly good house, it was going to be demolished anyway; and the skills practiced over these past several months may well be lifesaving one day, whether for firefighters themselves and/or occupants of a home or business. And that’s priceless.”

The Charlotte Fire Department would like to thank everyone who participated or helped make the live burn training weekend happen, St. George said. “The number of people who were involved is huge, starting with a homeowner willing to donate a structure, to the people making lunches, to the firefighters patiently waiting their turn to go in. Great weekend. Thanks to all.”