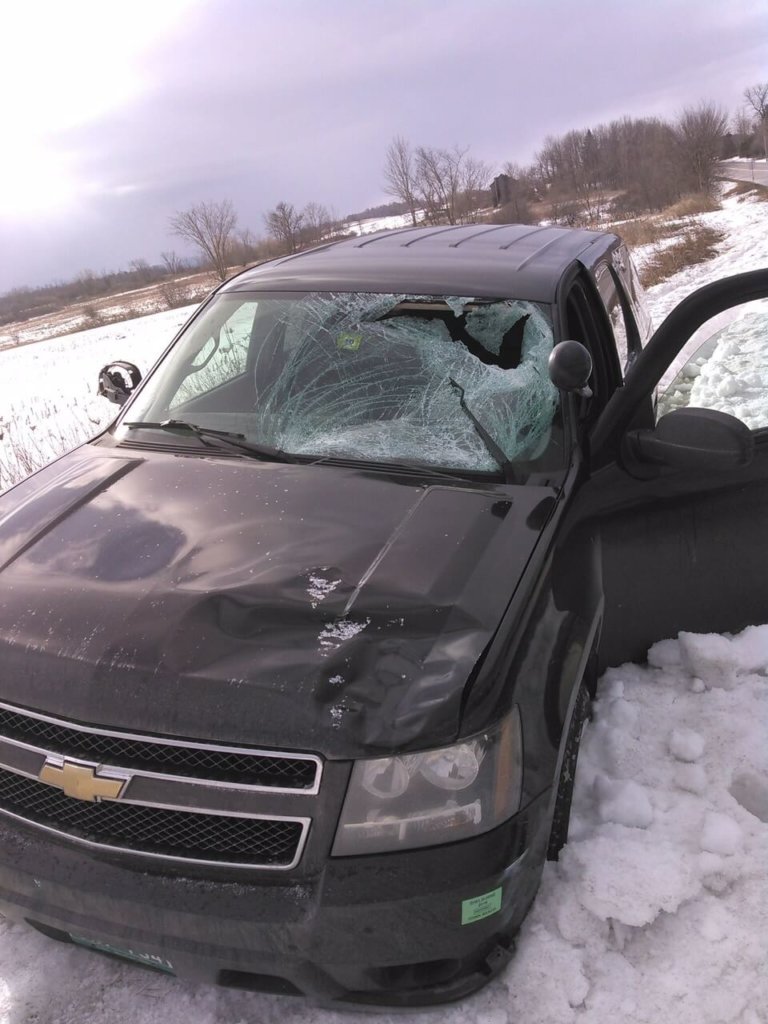 Celeste Brasseur, 35, of Charlotte, suffered significant lacerations to her face after a projectile ice shard smashed her windshield, subsequently sending her off the road, as she traveled northbound on Route 7 in Charlotte just before 9:00 a.m. on March 22. Charlotte Fire Department and Shelburne Rescue were dispatched to the intersection of Ethan Allen Highway and Crosswind Drive for the single car accident.

Assistant Charlotte Fire Department Chief Rob Mullin said witnesses observed a large chunk of ice fly off of a southbound tractor trailer truck and strike the front of Brasseur’s vehicle. The ice broke the windshield and injured the driver, he said.

Charlotte Fire and Rescue would like to remind drivers to please clear their vehicles of snow and ice before driving. They would also like to thank the bystanders who assisted prior to their arrival.

Police are attempting to find the commercial tractor trailer which has a red cab and a white trailer with red lettering. Anyone with any information is asked to contact The Vermont State Police at (802) 878-7111.