Quietly making noise: Slow down and build a fort

Quietly making noise: Slow down and build a fort 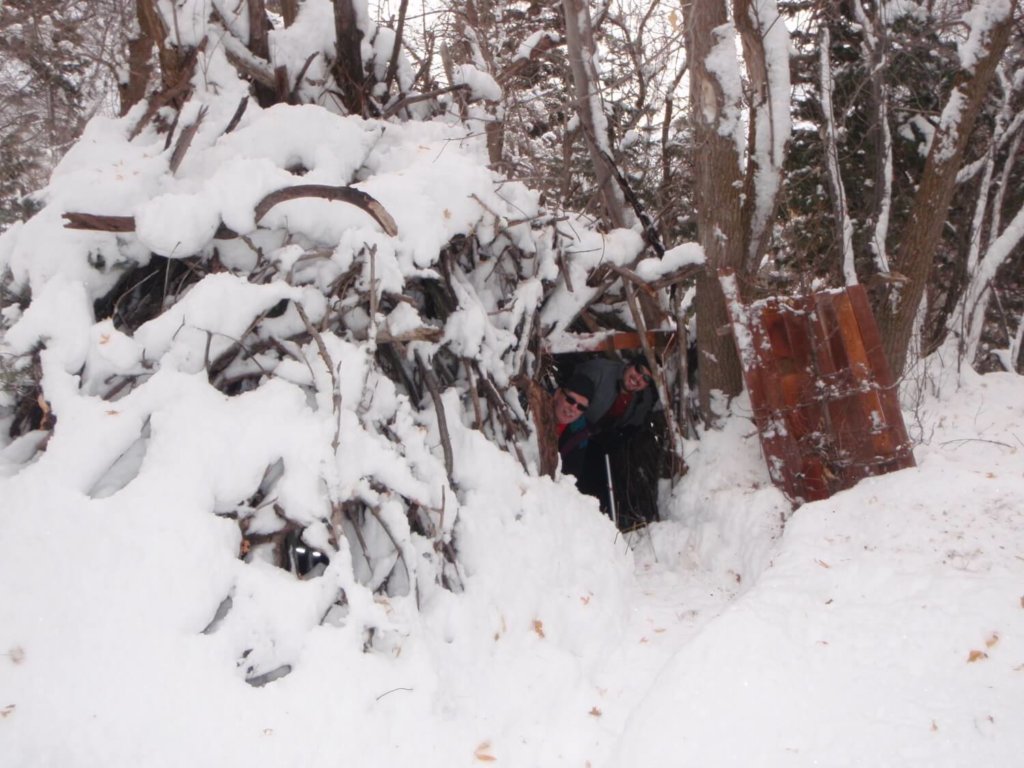 Snow for inspiration on a snow day. Photos courtesy of Jorden Blucher.

This month I was going to write about the lack of civility and manners in our society and how we as parents need to step up our game when it comes to teaching our kids what is proper and what is not. Then the kids had a snow day, and by the time I sat down to write my article, tackling such a serious topic was just not appealing.

The boys were outside just after six in the morning and really only came in for short spurts the rest of the day. Their first order of business was to task me with building a fort in the snowbank left by the plow. Now, when it comes to projects like these I tend to go a bit Tim Taylor, and they usually end up taking me twice as long as I thought they would. This snow fort was no exception.

Why, I thought, should I make a fort that you have to crawl on your belly through when I can use some of that old plywood we have as a roof? I laid the boards on top of the snowbank and began to dig. Unfortunately I got a bit over zealous and dug too much snow out, causing the plywood to be unstable. Not wanting to let down the boys or admit defeat, I scrounged around for more scrap wood and moved onto plan B, then to plan C, then to plan D. I eventually remember some long poles I had laying near the scrap pile, so I kicked around in the snow until I found them. A little sawing here and there and we had a winner with plan E. The boys then spent the rest of the day playing in what is arguably the best snow fort I’ve ever built.

You don’t have to limit yourself to snow forts, though, or spending buckets of money to build a treehouse. I’ve built forts out of a few dollars’ worth of PVC pipe and some sheets, and there is the old standby, the pillow and blanket fort. Nor are forts just for kids; they are just as much fun for adults too. While living in Utah my friend Steve and I decided that since our wives worked so much we would build a fort up one of the canyons a short drive from the city. The idea was to have some place to go to that was a far enough walk that you got your heart rate up while getting there, but not so far that it deterred you from going after work.

We referred to our fort as the “Snow Hut” mainly because Steve had had a similar fort in Steamboat Springs and called it that. Despite the name these forts are made out of sticks, logs and other organic material found readily around their location and would technically be called debris shelters. Building a fort with a friend or friends fosters camaraderie and a bond that is hard to get in our day-to-day lives. We have been trained by society to think that as men we don’t need this sort of relationship, but science says otherwise. Our fort was large enough for a couple of people and even had a small fire ring. We spent a fair amount of time there over the following years, even bringing our kids there once they were born. Neither one of us is sure what has happened to the fort since we moved away. Hopefully, someone has found it and is taking good care of it.

Thanks to the internet you can spend a lot of time looking at all the different kinds of forts people build to get ideas for your own. Then you can go out and build one for yourself. That is what the boys and I did. It was a good reason to get outside and get some exercise in what has been a nearly snowless winter. It is a nice escape from the stress of life, and when it’s done you always have a place to get away to. Building our fort has developed a new type of creativity in the boys. They now notice their surroundings in a different way and are always on the lookout for a good fort locations. It also gives them a sense of accomplishment, even if, as the adult, I’m doing a majority of the work.

The whole time I was building the fort in the snow bank I was thinking how lucky I was to get to do this. I would have been perfectly happy sitting by the fire reading or writing my article on civility. Once again it’s a lesson learned from our boys. Slow down and seize the moment. For soon the snow will melt, the boys will move on, and I’ll be left with only my memories. But I certainly won’t have the regret of the time I didn’t build them a snow fort after the biggest snow storm in two years.