Since the temps have shifted, what is our hardiness zone?

Since the temps have shifted, what is our hardiness zone? 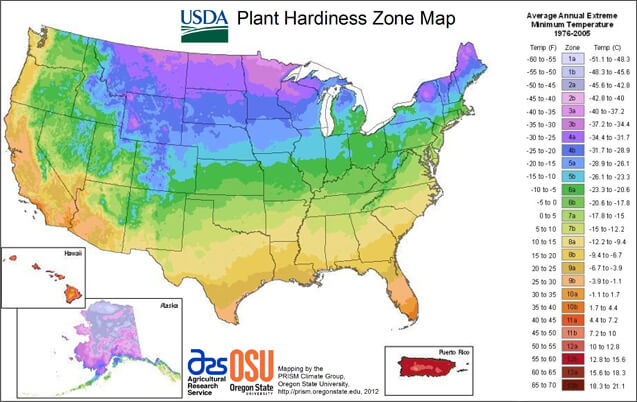 Whether a plant is hardy in the cold north isn’t as simple as just looking at a hardiness map. There are several factors affecting hardiness you should understand in order to know better which plants to grow, where to place them and why some may have died.

To further confuse you, plants adapt or change genetically and slowly over time to their climate and local habitat—something called provenance. That’s why a species grown in southern climates may not be as hardy as the same species grown in a northern locale such as Vermont. Keep this in mind when buying plants from mail order companies or nurseries. Your best bet is a local nursery having experience with a plant.

Roots, stems, and leaf and flower buds generally are hardy to different temperatures. This is why many perennials die to the ground in winter only to have their roots survive and produce new shoots the following spring.

Forsythias, for example, often have leaves but no flowers. The flower buds, which are less hardy than the leaf buds, are killed by the cold. If flowers appear up to a certain height, but not above this height, this represents the depth of snow cover that protected the flower buds during the killing cold.

So how do you determine plant hardiness? Start by figuring out your hardiness zone. These are geographic zones shown on maps that share the same range of average annual minimum winter temperatures. (A few references also will list hardiness zones for heat—the maximum temperature a plant can endure.)

These zones are averages only. For instance, on the 2012 USDA hardiness zone map, Burlington is in zone 5a, which indicates average minimum temperatures get -15 to -20 degrees F in any year. Over the last 10 years, average lows have fallen into that range about half the time, one year it was lower (-21 degrees), the rest were slightly warmer.

The 2015 hardiness zone map from the National Arbor Day Foundation is generally similar to the USDA 2012 map yet shows many areas in a warmer zone. Upstate New York is mainly in zones 4 to 5 on the USDA map, but warmer zones 5 and 6 on the Arbor Day map. 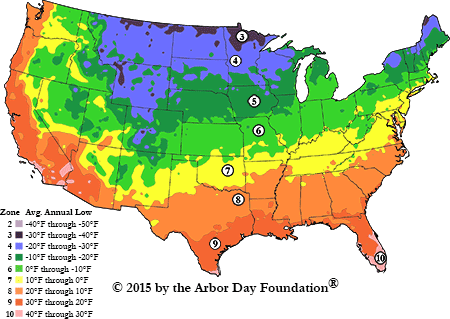 When selecting plants, after looking at the hardiness zones, consider more specific locales. Warmer zones (and colder ones) can exist within a hardiness zone. Plants near a building may be in a warmer zone due to heat loss from the building or the solar heat absorbed by it. A steep southern slope may be an entire hardiness zone or two warmer than adjacent level areas. This is called the microclimate effect and may be as small as a few square feet or a whole landscape. Often I find a landscape may have microclimates representing two or three hardiness zones.

Mulching can help moderate soil temperatures, similar to snow, preventing plant injury. If you select an exposed site where protective snow cover may blow off next winter, remember to mulch your plants late in the fall. Even a couple inches of mulch usually is sufficient.

Sites exposed to winter winds, especially those from the north or west, can cause desiccation or drying out of evergreens, resulting in leaf burn. If possible, pick a sheltered site or plan to shield plants with a burlap screen next winter. Tree wrap or guards on trunks will help protect trees exposed to early morning winter sun from frost cracking.

In summary, keep in mind these few key principles towards better survival of your landscape plants during winter: