Health Matters: Can an election be bad for your health?

Health Matters: Can an election be bad for your health? 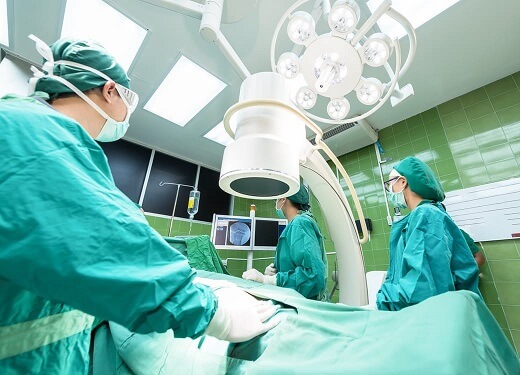 The most charitable interpretation of November’s election result is that a minority of voters wanted change at any cost. And thanks to the arcane functioning of the Electoral College “change” is coming. The implications for U.S. foreign policy, immigration policy and the global economy have received extensive coverage. But what effect is the new administration likely to have on our health?

It will take months before we have clear answers, and while hundreds of health issues are at stake—including occupational safety, mental health, substance abuse—I would like to focus on three.

Access to care
A centerpiece of Mr. Trump’s campaign and the GOP has been the promise to “repeal and replace” Obamacare (the Affordable Care Act, or ACA). The choice of Dr. Tom Price, a vocal and staunch opponent of the ACA, as the secretary of HHS (Health and Human Services) and the fact that the GOP controls the House and the Senate, virtually guarantee an end to Obamacare. However, there are some significant political, financial and practical problems.

First, the political. An estimated 14 million people have signed up for ACA coverage for 2017. In addition, another 14 million people receive coverage through ACA-mediated Medicaid expansion. Repeal may mean 28 million people will lose their coverage. Threatening the health insurance coverage of that many people is likely to pose a serious political problem, especially for House and Senate members facing reelection in 2018.

The second problem is financial. The ACA made major changes to Medicare coverage for patients and reimbursements to providers. These changes, such as increased income-related adjustments for Part D drug coverage and reductions in provider compensation for services, have been “baked” into the financial projections for Medicare in coming years. While rolling some of these back might be applauded by providers, fiddling with them would have profound negative implications for the deficit. Remember the deficit?

The third problem is practical. Neither Trump nor the GOP are close to a plan for replacing Obamacare. Like the dog that catches the bus, they haven’t got a plan for what’s next. What will happen to those with preexisting conditions? What incentives will private insurers have to stay in the marketplace? How will they claw back benefits already being provided?

If you have health insurance through your employer, count your blessings. If you are a state official, look out. It’s very likely that you will be asked to take up the slack for those who don’t.

Women’s health
When the GOP decided that declaring war on women’s health was a good strategy, observers across the political spectrum were shocked. Women are more than 50 percent of the electorate, and yet this strategy has not proven fatal. In fact, with the nomination of Dr. Price to head HHS it appears as if the Mr. Trump has doubled down on this bet.

Obamacare’s core set of preventive services includes mammography, cervical cancer screening, blood pressure screening, depression screening and immunizations. But because of the protestations and legal challenges of some private businesses and religious organizations, contraception was left out of the legally mandated range of preventive services that insurers were required to provide. But other provider agencies, including Planned Parenthood, are able to provide reproductive and preventive services to their clients. For many American women these providers are their de facto primary care providers. If HHS further restricts funding for or eliminates reproductive health programs—achieved relatively easily through administrative rule-making by HHS rather than congressional approval—a significant number of women will lose access to primary care.

Once again if you are employed and already have private health insurance, no problem. But if you are a woman of reproductive age who relies on some form of federally mandated insurance coverage, look out. Things are very likely going to change.

Evidence-based preventive medicine
The headline from The Boston Globe’s STAT News on Nov. 30 caught my eye: “Meeting with TRUMP emboldens Anti-Vaxers.” The accompanying article explained that President-elect Trump met with Dr. Andrew Wakefield, the discredited British physician who was stripped of his medical license in the aftermath of revelations of his having “cooked” data that implicated vaccines as the cause of autism.

This of course raises the fear in the minds of public health and medical professionals that the new administration is willing not just to question the basic laws of physics and environmental science but to question the biomedical sciences as well. Given this, it was especially troubling to see on Dec. 1 that the GOP-led House was to hold hearings on the role of the U.S. Preventive Services Task Force (USPSTF). The Task Force is composed of physicians, biomedical researchers and public health scientists who review the evidence for and make recommendations about the efficacy of basic biomedical tests and procedures, such as mammography, immunizations and screening for colorectal cancer. Their work is at the center of transforming health care in this country into an evidence-based model from a purely “let’s try it and see what happens” model.

Diminishing the role of the USPSTF would be entirely consistent with the GOP’s penchant for deregulation and privatization. Take for example the Food and Drug Administration. Jim O’Neil, who is a venture capitalist and neither a physician nor scientist, is one of two leading candidates to head the FDA. O’Neil has argued that, “We should reform FDA so it is approving drugs after their sponsors have demonstrated safety and let people start using them at their own risk.” Imagine being prescribed a medication that neither you as patient, your provider, nor the drug company knows works?

The science and practice of medicine and public health have been shaped for the most part through the application of the scientific method and the desire to provide the benefits of these insights to the greatest number of people possible. We can, and should, debate and study the best ways to deploy these findings. But abandoning science, renouncing government’s role in protecting people’s health and using health services as a political weapon should have no place in America.